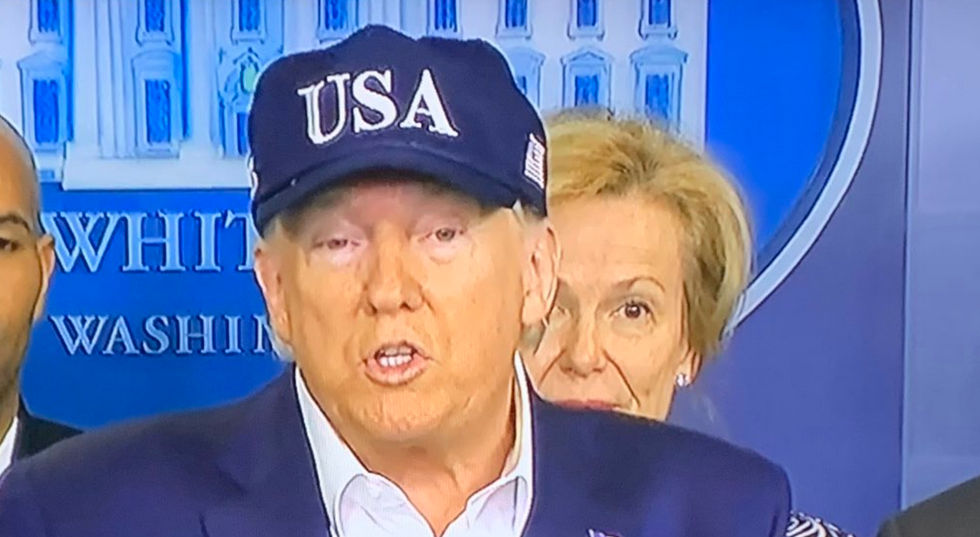 On Saturday, President Donald Trump took over Vice President Mike Pence's briefing on the work of the coronavirus task force, to — among other things — boast about the impact that his Friday announcements had on the stock market.

"I was honored to see that the stock market — you were mostly there with us — set a record in a short period of time, over 45-minute period that we had the press conference yesterday in the Rose Garden," said Trump. "That was a record. All-time record. I think we should do one of them every day perhaps. How about five times a day? We'll do one five times a day. but that was something to watch."

"And I had no idea," Trump added. "We walked back. I said, how did that work out? They said, sir, you just set a new record in the history of the stock market. That was pretty good. And those great companies that were there, they couldn't have been too unhappy either, when you think about it because they're all very big, publicly-listed companies."

Friday's stock market rally came at the very end of the trading day, as Trump brought together a group of CEOs to speak before him, just before the closing bell.