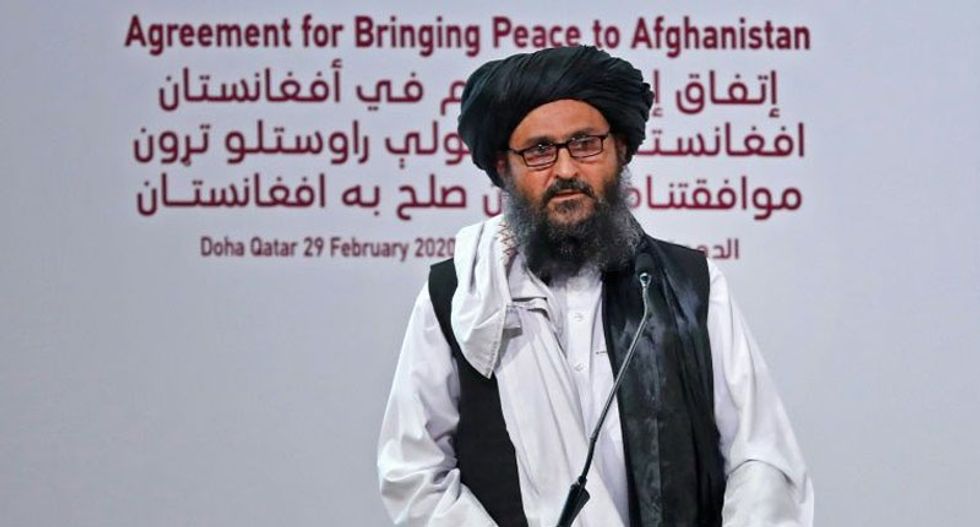 US President Donald Trump spoke by phone call with the leader of the Taliban, the insurgent group and the US leader said Tuesday, days after Washington signed a historic deal with the militants.

Trump, speaking to reporters at the White House, said he had "a very good talk with the leader of the Taliban," without naming him.

The 35-minute call, which the insurgents said took place around 1440 GMT Tuesday, came a day after the militants ended a partial truce and threw into doubt peace talks between Kabul and the militants that are due to begin on March 10, according to the US-Taliban agreement signed Saturday.

A transcript of the phone call released by the Taliban quoted fighter-turned-negotiator Mullah Baradar urging Trump to "take determined actions in regards to the withdrawal of foreign forces from Afghanistan".

Under the terms of the US-Taliban agreement, foreign forces will quit Afghanistan within 14 months, subject to Taliban security guarantees and a pledge by the insurgents to hold talks with Kabul.

But a dispute over a prisoner swap has raised questions about whether the negotiations between Kabul and the Taliban will go ahead.

The agreement includes a commitment to exchange 5,000 Taliban prisoners held by the Afghan government in return for 1,000 captives -- something the militants have cited as a prerequisite for talks but which President Ashraf Ghani has refused to do before negotiations start.

Baradar called on Trump to "not allow anyone to take actions that violate the terms of the agreement thus embroiling you even further in this prolonged war", according to the Taliban transcript.

Apparent differences between the Doha agreement and a joint US-Afghan declaration released in Afghanistan underline the obstacles facing negotiators.

The US-Taliban deal committed to the release of prisoners while the Kabul document only required both sides to determine "the feasibility of releasing" captives.

Since the deal signing, the Taliban have been publicly claiming "victory" over the US.

The Taliban carried out more than a dozen attacks on Afghan army bases since ending the limited truce, officials said Tuesday, ending a welcome reprieve for ordinary Afghans who have born the brunt of the deadly violence.

Ghani's government last week sent a delegation to Qatar to open "initial contacts" with the insurgents but Taliban spokesman Suhail Shaheen on Tuesday said the militants would not meet Kabul's representatives except to discuss the release of their captives.