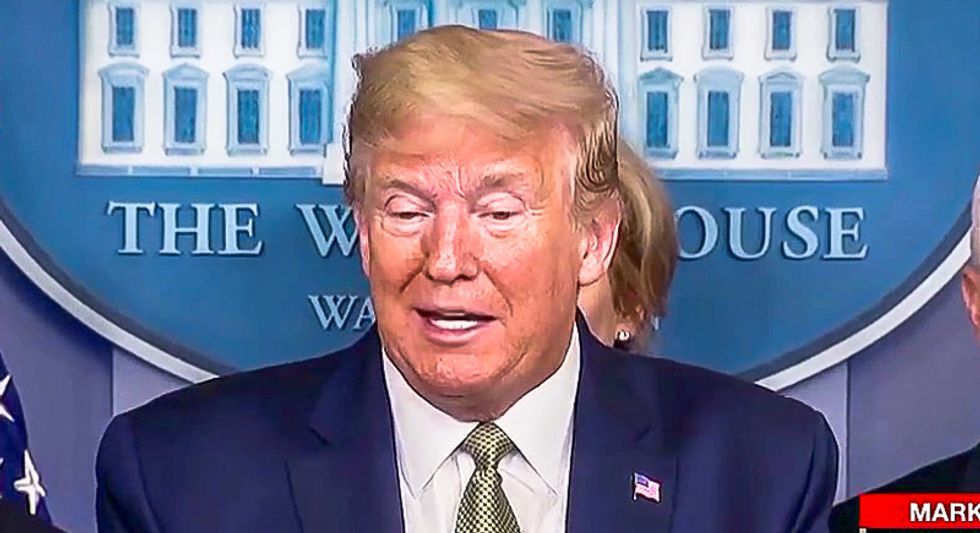 President Donald Trump on Tuesday asserted that he had not changed his "tone" with regard to the seriousness of the novel coronavirus pandemic.

At a press briefing, MSNBC's Kristen Welker noted that the president had struck a more "somber" tone in the last 24 hours after initially insisting that the virus would quickly "go away."

"I have seen that where people actually liked it," Trump said of his Monday briefing. "But I didn't feel different. I've always known this is a real -- this is a pandemic."

"I thought it was a pandemic long before it was called a pandemic," he added.