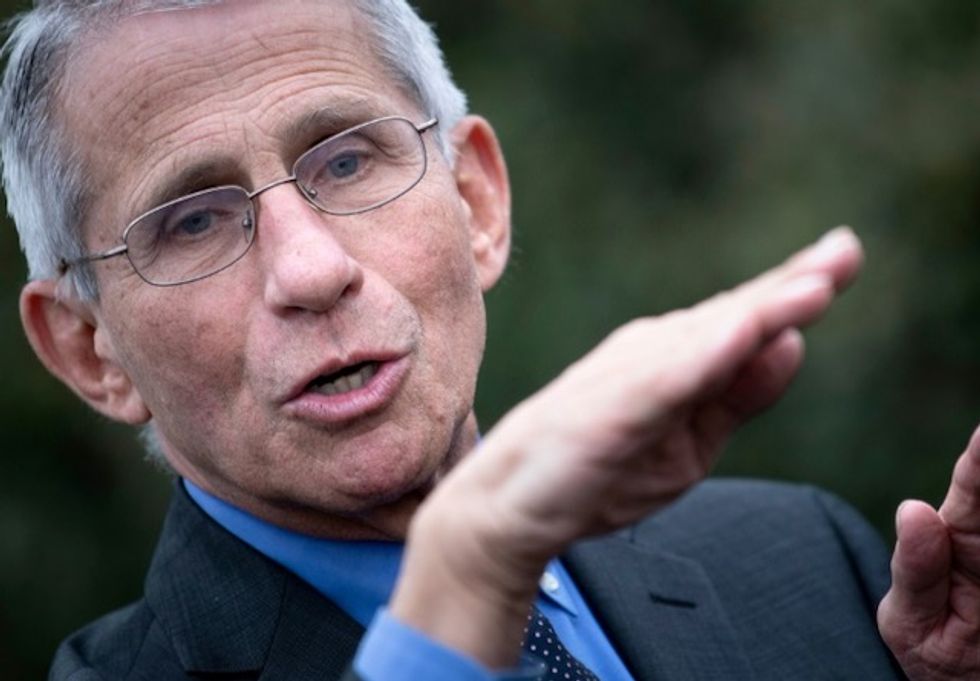 President Donald Trump is reportedly growing irritated that Dr. Anthony Fauci, director of the National Institute of Allergy and Infectious Diseases, keeps publicly correcting his misstatements about the coronavirus pandemic.

Sources tell the New York Times that "Trump has become frustrated with Dr. Fauci’s blunt approach at the briefing lectern, which often contradicts things the president has just said."

The president has given Fauci more leeway to contradict him than he has with most other officials, however, because he "knows that Dr. Fauci is seen as credible with a large swath of the public and with journalists."

The Times also reports that Trump's frustration with Fauci is part of a broader frustration with medical experts in the White House who have pushed for social distancing as a way to contain the disease.

"There has been a growing sentiment that medical experts were allowed to set policy that has hurt the economy, and there has been a push to find ways to let people start returning to work," the Times reports. "Some Republican lawmakers have also pleaded with the White House to find ways to restart the economy, as financial markets continue to slide and job losses for April could be in the millions."