Trump is privately ‘melting down’ and fears journalists will contract coronavirus to infect him on Air Force One: report 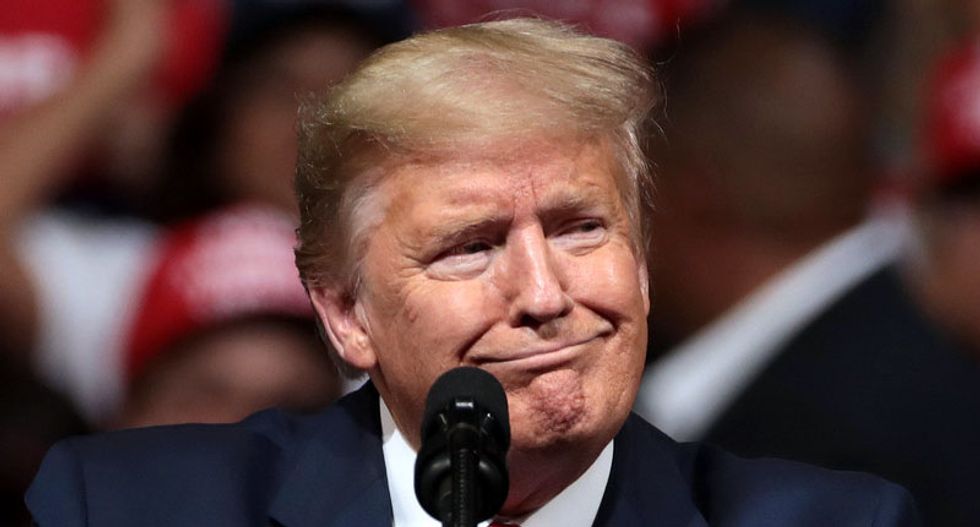 In an op-ed for Vanity Fair this Monday, Gabriel Sherman writes that President Trump is trying to characterize the coronavirus scares as just another example of "fake news," while at the same time privately worrying about the virus' potential impact on himself. Compounding the situation, messages from the Trump administration claiming that the virus is contained are only making matters worse.

“He is trying to control the narrative and he can’t,” a former West Wing official told Sherman.

"Stories about Trump’s coronavirus fears have spread through the White House. Last week Trump told aides he’s afraid journalists will try to purposefully contract coronavirus to give it to him on Air Force One," Sherman writes. "... The source also said Trump has asked the Secret Service to set up a screening program and bar anyone who has a cough from the White House grounds. 'He’s definitely melting down over this,' the source said."

But Trump's apparent fear about the virus hasn't yet been reflected in his rhetoric. Case in point: he's not planning to cancel any rallies. Speaking to Sherman, the former West Wing official said Trump's going to resist making that call until the very last minute.

“He may take suggestions to stop shaking hands, but in terms of shutting stuff down, his position is: ‘No, I’m not going to do it,’” the official said.