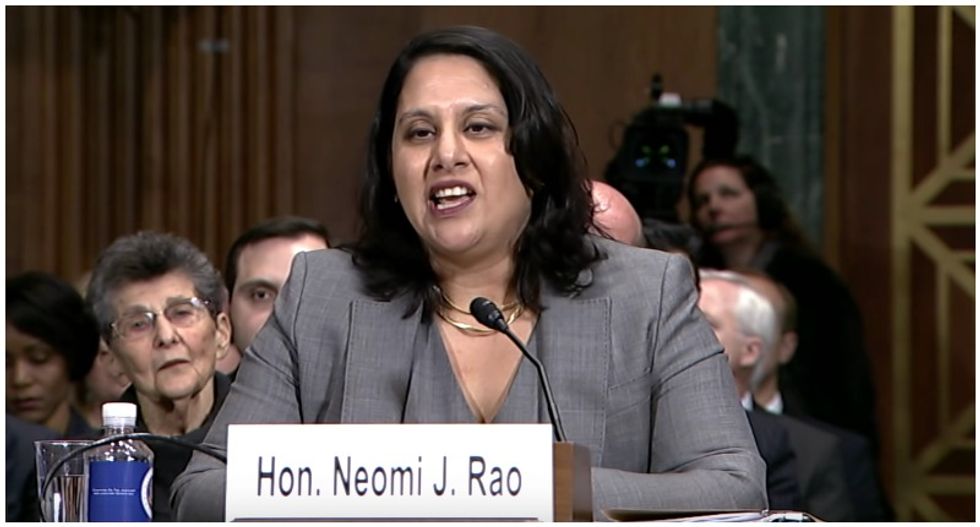 This Tuesday, a federal appeals court ruled that the Department of Justice must hand over documents from Robert Mueller's Russia investigation to Congress. As The Hill reports, Judge Neomi Rao, a Trump appointee, was the lone dissenter.

In the ruling, Judge Thomas Griffith, a conservative George W. Bush appointee, took time to address Rao's reasoning for her dissent, writing at one point that Rao's "distinction between authorization and compulsion strikes me as untenable on its own terms."

"The dissent explains this distinction by arguing that the court’s 'supervisory power is strictly limited to actions taken ... in aid of the grand jury' and that compelling disclosure aids third parties rather than the grand jury. ... But merely authorizing disclosure also aids third parties rather than the grand jury," writes Griffith. "The dissent therefore cannot explain why the district court has power to permit disclosure in the first place. Taken to its logical conclusion, the dissent’s theory would seem to require outright dismissal of this case—a result that the dissent agrees is contrary to history and precedent."

Griffith closed by accusing Rao of trying to "chase jurisdictional phantoms" in an effort to keep the un-redacted Mueller report out of the House's hands.