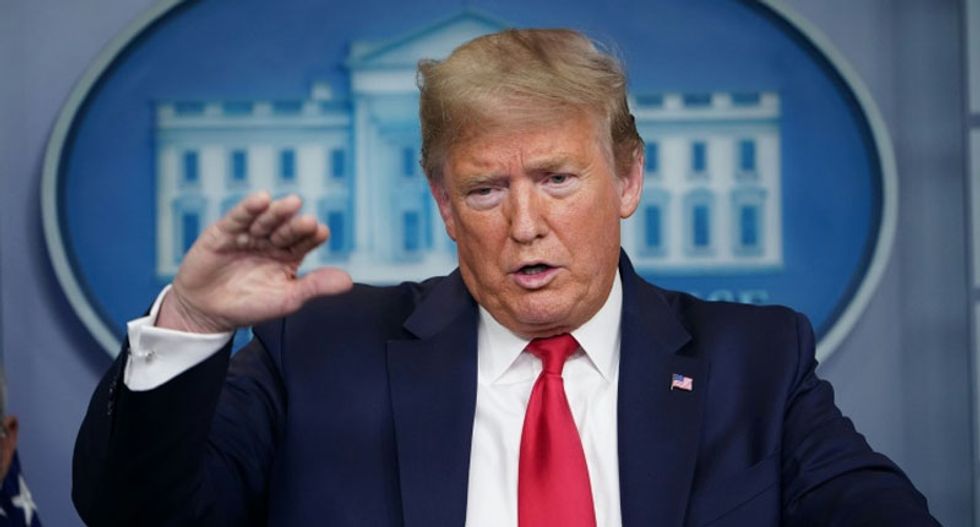 On Friday, CNN reported that President Donald Trump is not inviting any Democrats to the signing ceremony for the $2 trillion coronavirus stimulus package — even though House Speaker Nancy Pelosi (D-CA), Senate Minority Leader Chuck Schumer (D-NY), and the rank and file Democrats in Congress played a huge role in its negotiation and passage.

"On the signing ceremony, it appears no Democrats have been invited to President Trump's signing ceremony, despite the fact that every now and then he says that the country needs to come together, how great it is that the bill passed the Senate 96-0," said anchor Jake Tapper to reporter Kaitlan Collins. "Is there a strategy behind this? Is he trying to make it seem as though only Republicans are bringing this well-needed aid to the American people? Or is this just petulance and pettiness?"

"It depends," said Collins. "This morning the president said working with Democrats is hell, that's what he said in a tweet when a Republican was trying to have a vote where people have to come in person. That did not happen, they got it passed pretty quick after the drama subsided this morning. But yeah, no democrats have been invited, it's only Republicans, if you look at the list the White House gave us."

"The most obvious person missing is House Speaker Nancy Pelosi, but also Senate Minority Leader Chuck Schumer, who the Treasury secretary spent a fair amount of time with as they went back and forth on these negotiations," said Collins. "They spoke multiple times, as did Nancy Pelosi and the Treasury secretary ... both sides of the aisle realized they had to get something passed or there would be political hell to pay on the other end of this. It is notable that the president does not want Nancy Pelosi here, we know from Manu Raju that they have not spoken in five months and it doesn't look like today will change that."