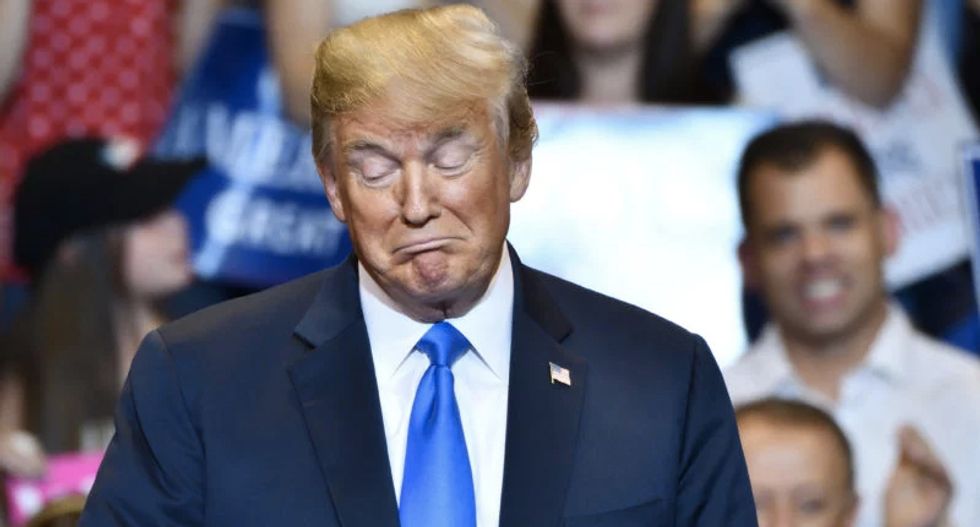 US President Donald Trump signaled Saturday that he has no intention of halting campaign rallies despite surging coronavirus infections, as a case was confirmed for the first time within miles of the White House.

The president struck a defiant tone as he spoke to reporters about the outbreak at his Mar a Lago resort in southern Florida, where he was hosting his Brazilian counterpart Jair Bolsonaro.

"We will have tremendous rallies and we're doing very well, and we've done a fantastic job with respect to that subject," Trump responded when asked if his "Keep America Great" campaign events would continue.

Trump's remarks came as the number of cases confirmed across the United States leapt past 400, with 19 deaths confirmed so far, mainly in the west coast state of Washington.

Meanwhile health authorities announced the first confirmed case in the nation's capital -- a Washington DC resident in his 50s with no history of international travel and no close contacts with anyone known to be infected.

Asked if he was concerned that the virus had spread to within a few miles of the White House, Trump replied: "No, I'm not concerned at all."

The president had already insisted as he visited the Centers for Disease Control and Prevention (CDC) on Friday that the risk of having so many people in close proximity "doesn't bother me at all."

The CDC warns on its coronavirus web page against people congregating in crowds and encourages the elderly, in particular, to stay home as much as possible.

Trump has been holding rallies -- which attract many senior citizens -- at a rate of more than one a week recently, often as counter-programming to Democratic primary contests or debates.

However, his website currently indicates "no events scheduled" for the coming days, without giving a reason.

Trump has been heavily criticized for repeatedly contradicting the advice of his administration's own experts in his public pronouncements about the coronavirus.

At a freewheeling news conference at the US Centers for Disease Control and Prevention on Friday, the president claimed falsely that tests for the virus were available for anyone who needed one.

The event was intended to update the public on the epidemic.

Instead, the president made headlines by calling the governor of the worst-hit state, Washington, a "snake," revealing that he preferred to keep sick Americans on a stranded cruise ship to keep the infection numbers down, complained about CNN and revealed that he was surprised to discover that people could die from the flu.

More than 100,000 people have been infected globally by the new coronavirus, with more than 3,500 deaths announced so far, mainly at the epicenter in China.