Trump says officials looking at malaria drug Chloroquine for coronavirus treatment: 'We know it’s not going to kill anybody’ 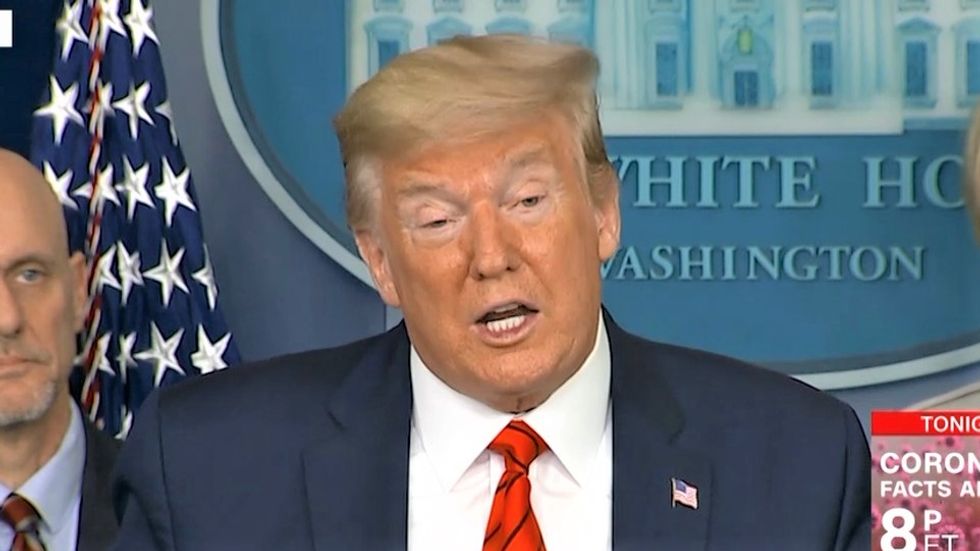 President Donald Trump on Thursday revealed that scientists are looking at a malaria drug called chloroquine as a possible treatment for coronavirus.

"Some people are looking at chloroquine -- or some people would add "hydroxy" -- hydroxychloroquine. Chloroquine or hydroxychloroquine," the president announced during a press conference. "This is a common malaria drug, it's also a drug used for strong arthritis, somebody has pretty serious arthritis, also uses this in a somewhat different form. But it is known as a malaria drug and it's been around for a long time and it's very powerful."

The president then expounded on more virtues of the drug, including the fact that it will not kill the people who take it.

"But the nice part is it's been around for a long time, so we know that if things as planned, it's not going to kill anybody," he said.