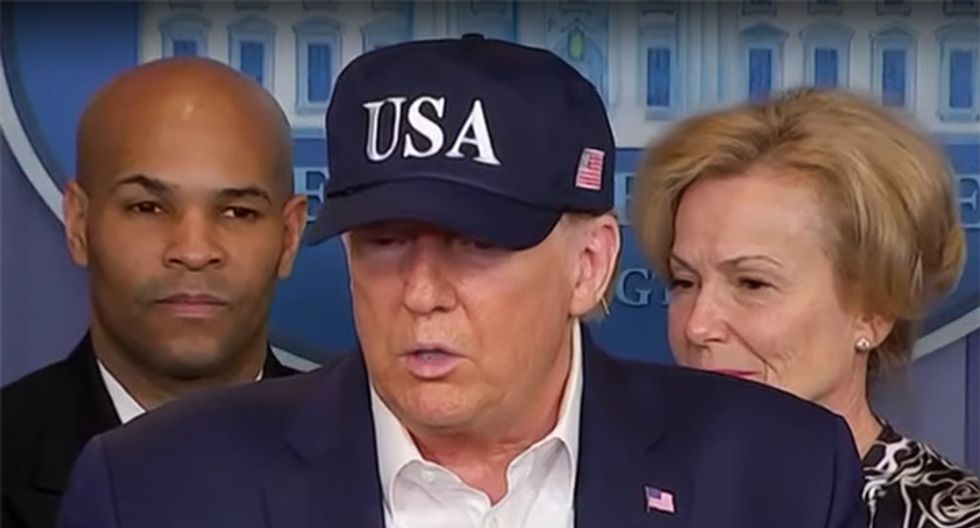 At Saturday's coronavirus press conference, President Donald Trump downplayed the idea he would fire Federal Reserve chairman Jerome Powell — but emphasized he has the power to do so, and attacked the Fed for not pumping up the economy enough.

"You're always going after the Fed," said one reporter. "If you feel so strongly about it, why don't you dismiss the chairman, or do you think you're powerless to do so?"

"No, I think I have the right to do that or the right to remove him as chairman," said Trump. "He has, so far, made a lot of bad decisions, in my opinion. We had this great and we'll soon have again because I think you'll have a tremendous bounce when this is over. I think there's a pent-up bounce that's going to be tremendous. You saw that yesterday with the stock market."

"I'm not happy with the Fed because I think they are following, not leading, and we should be leading," continued Trump. "I'm not happy because, if you look at the central banks, other central banks, largely they're lower than us, their rate. And their equivalent of the Fed rate is lower. In some cases by two points. That's a lot. In some cases very substantially. And I thought that the Fed would be and should be much more proactive as opposed to following. Our Fed is following."