Trump's delay in preparing for coronavirus might be the 'costliest presidential bungle in history': conservative columnist 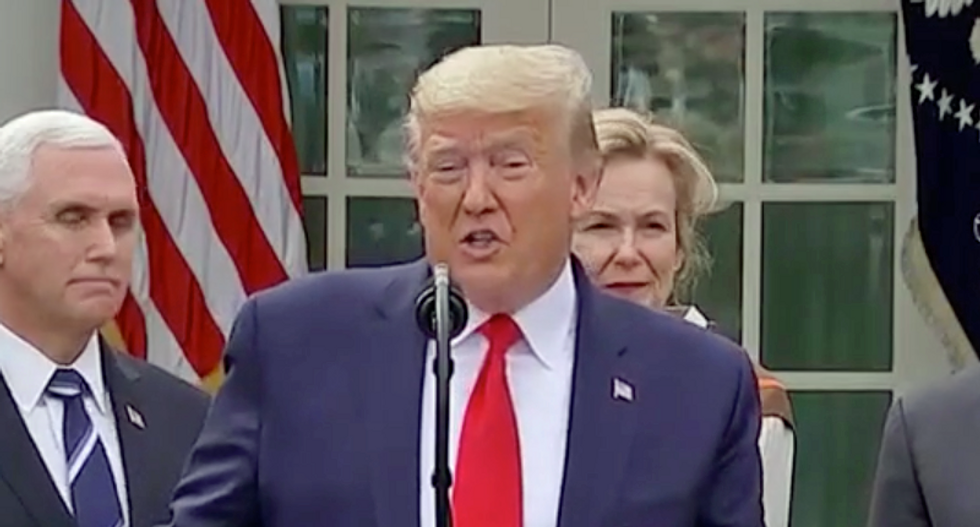 In an op-ed published at the Washington Post this Tuesday, Jennifer Rubin argues that despite the Trump administration's best efforts to make inroads on the coronavirus outbreak after initially downplaying the threat, the damage has already been done -- a miscalculation that will "likely increase the number of deaths and damage the long-term well-being of Americans" in what she says is the "costliest presidential bungle in history."

Citing a recent poll showing that only about 37 percent of Americans trust in Trump's ability to do his job, Rubin writes that the loss in confidence is a crisis in and of itself -- a crisis that "might prevent the public and other politicians from taking action to protect themselves."

"These numbers are instructive in several ways," Rubin writes. "First, to address the crisis, governors should take center stage, perhaps forming a small bipartisan group that can keep the public informed and make recommendations. In other words, we need executives to substitute for a failed chief executive."

With the exception of Anthony Fauci of the National Institute of Allergy and Infectious Diseases, Rubin contends that other health officials, like the current surgeon general, "do a grave disservice to the country by sucking up to Trump and lavishing praise on him. That conduct diminishes their own credibility, which is critical to conserve."

To sum up, "we tragically have one of the worst domestic disasters in our nation’s history at the time we have our worst president."

Read her full op-ed at over at The Washington Post.