Trump's response to the coronavirus has been 'shockingly sluggish' compared to other countries: report 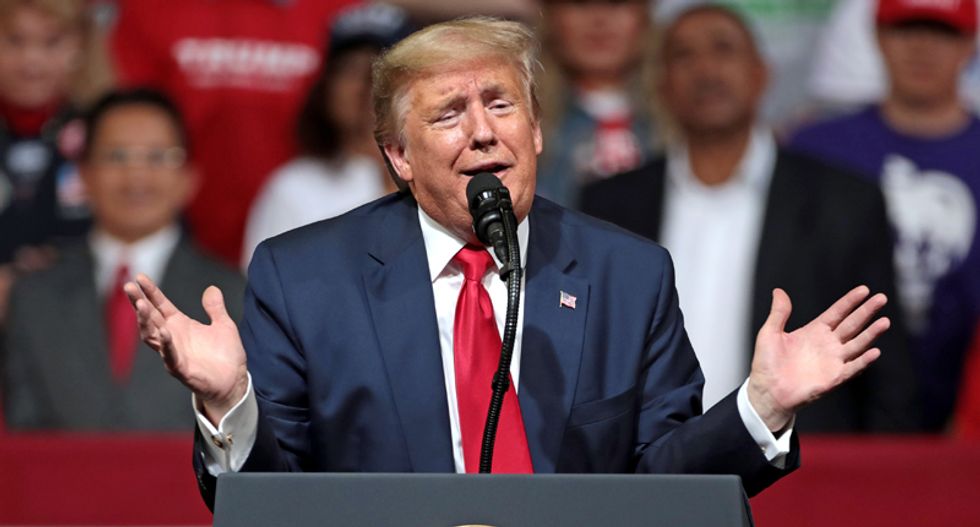 In an exclusive report published in The Atlantic this Friday, Robinson Meyer and Alexis Madrigal highlight the confusing numbers regarding the coronavirus infection rate in the U.S., pointing out that the Centers for Disease Control (CDC) has refused to publish the numbers despite demands from the public and Congress.

This Monday, Food and Drug Administration commissioner Stephen Hahn estimated that “by the end of this week, close to a million tests will be able to be performed” in the U.S. Then, Vice President Mike Pence followed up on Wednesday promising that “roughly 1.5 million tests” would be available this week, but the result has fallen far short of the promises.

"Through interviews with dozens of public-health officials and a survey of local data from across the country, The Atlantic could only verify that 1,895 people have been tested for the coronavirus in the United States, about 10 percent of whom have tested positive," the report states. "And while the American capacity to test for the coronavirus has ramped up significantly over the past few days, local officials can still test only several thousand people a day, not the tens or hundreds of thousands indicated by the White House’s promises."

The Atlantic contacted the public-health departments of all 50 states and the District of Columbia and concluded that "the country’s true capacity for testing has not been made clear to its residents."

"The figures we gathered suggest that the American response to the coronavirus and the disease it causes, COVID-19, has been shockingly sluggish, especially compared with that of other developed countries," Meyer and Madrigal write.

Read their full report over at The Atlantic.