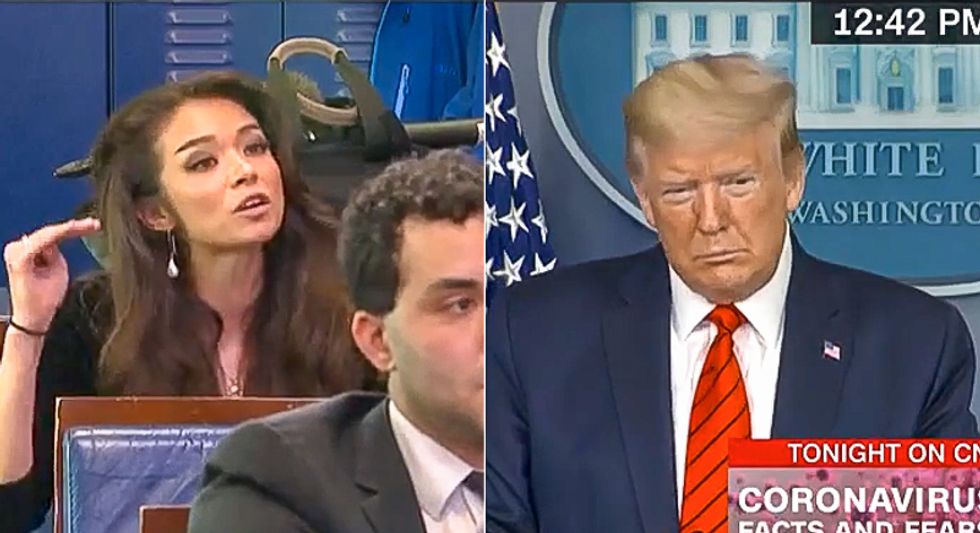 The question came up at a White House press briefing, where Rion seemed to be equating the "Chinese food" to "Chinese virus," which has been criticized as a racist term to refer to COVID-19.

Earlier in the week, Rion had tweeted that she was not offended by White House officials who call the virus "Chinese."

But viewers were shocked by the question.

Watch the video and some of the responses from Twitter below.

Odd reality from today’s WH presser: propagandist working for media that supports a racist because they were afraid… https://t.co/VSqtthnUHl
— Mike Prater (@Mike Prater)1584637155.0