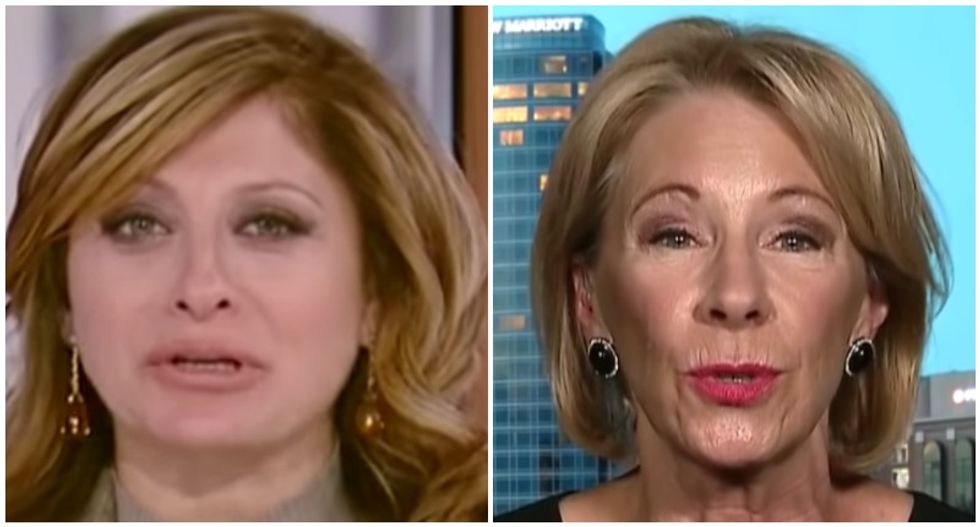 After reviewing over 1,000 pages of email between Fox News employees and employees at the Departments of Homeland Security, Education and Agriculture, The Hollywood Reporter unearthed a 2018 correspondence where a Fox producer promised the press secretary for Education Secretary Betsy DeVos a softball interview if she came on host Maria Bartiromo's show.

"Ps remember any question she doesn't feel comfortable answering — she can choose to not answer and pivot the topic — and Maria is seasoned enough to understand and move on. ... So no worries on that front. This will be an easy interview and enjoyable," the Fox producer, who is now no longer with the network, wrote.

"This should be totally fine," the press secretary responded.

According to THR, the exchange was among dozens of email conversations that "reflect the symbiotic relationship between the news network and staffers working in the Trump administration."

Read the full report over at The Hollywood Reporter.