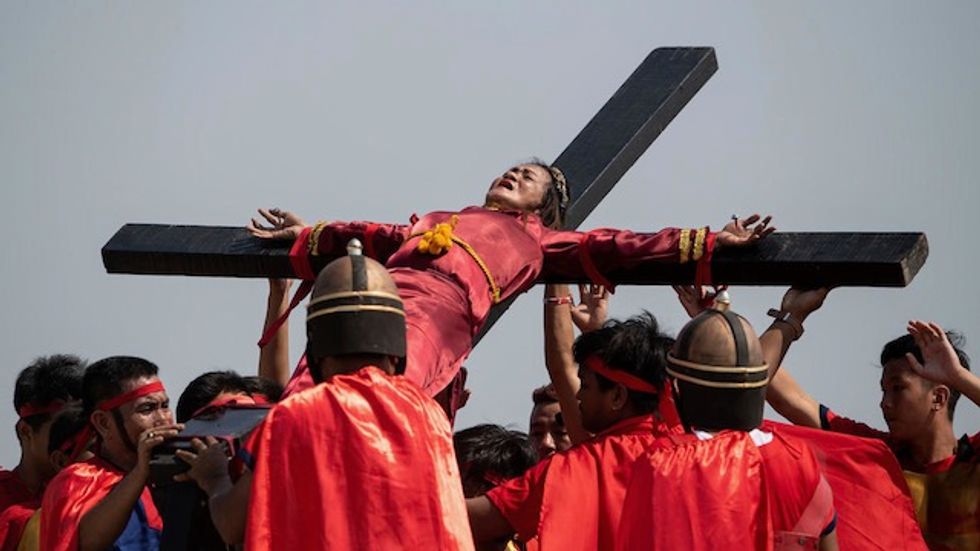 The Philippines' crucifixion reenactments will be cancelled this year as coronavirus cases climb, said authorities in the city where the annual tourist spectacle is held.

About a dozen Catholics regularly have themselves nailed to wooden crosses on Good Friday as penance for their sins. The event attracts thousands of tourists.

This year's rituals were planned for farming villages around San Fernando city, north of the capital Manila on April 10, but local officials have stopped the event to prevent mass gatherings and a potential spread of the virus.

"We are not disrespecting religious beliefs and practices, but we actually are protecting them from the disease that may put them and their family at risk," San Fernando Mayor Edwin Santiago said in a statement.

Philippine health authorities said Wednesday 49 people have tested positive for the virus in the country, up by 16 from a day earlier. A Chinese traveller, one of the country's earliest cases, later died.

"I'm disappointed," said resident Ruben Enaje, who was aiming to be crucified for the 34th straight year as part of a religious vow to atone for his sins, told AFP.

"I talked with the village chairman and he said we should postpone it because of the worries that many foreign tourists might come here and we might get infected if some of them have the virus," the 59-year-old added.

Enaje, a decorator, said he still plans to carry a cross across town to fulfil his religious vow.

The coronavirus outbreak has infected more than 118,000 globally with over 4,200 deaths, according to a tally compiled by AFP.

Philippine President Rodrigo Duterte's security detail warned well-wishers on Monday not to touch the Filipino leader, who at 74 lists many ailments and belongs to a vulnerable age group for the virus.

However Duterte has said he will ignore his bodyguards' precautions.