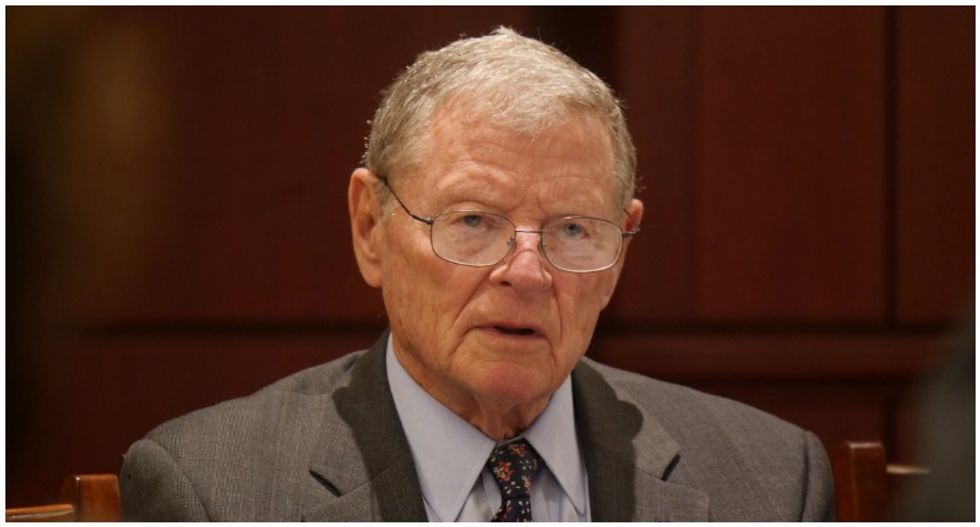 In a recent exchange in the Capitol, a reporter approached Senator James Inhofe (R-OK) and asked him what precautions he's taking to prevent the spread of coronavirus, also known as Covid-19. According to Inhofe's answer, he didn't seem to be taking things too seriously.

The exchange comes in the wake of public health officials warning Americans who are 65 and older to avoid crowds, limit physical contact, and forgo unnecessary travel. But according to a report from the New York Times, there's a large contingent of older Americans who are ignoring that advice, and they happen to be members of Congress.

"Mr. Inhofe, chairman of the Armed Services committee, is one of five octogenarians in the Senate," writes the Times' Nicholas Fandos and Margot Sanger-Katz. "In an institution where seniority reigns, it is an understatement to say that older Americans are overrepresented in Congress. Nearly half of the senators are 65 or older. Nearly 150 members of the comparatively younger House of Representatives are above that age."

Speaking to the Times, Dr. Jack Rowe, a professor of health policy and aging at Columbia University, said he's baffled as to why members of Congress would ignore the warning.

“There are 535 of these people between the two chambers — you can’t tell me there aren’t any of them that don’t have chronic disease who would be at special risk,” he said. “These people should be excused. They should be sitting at home looking at their computers, listening to the debate and voting, and that would send the right message.”