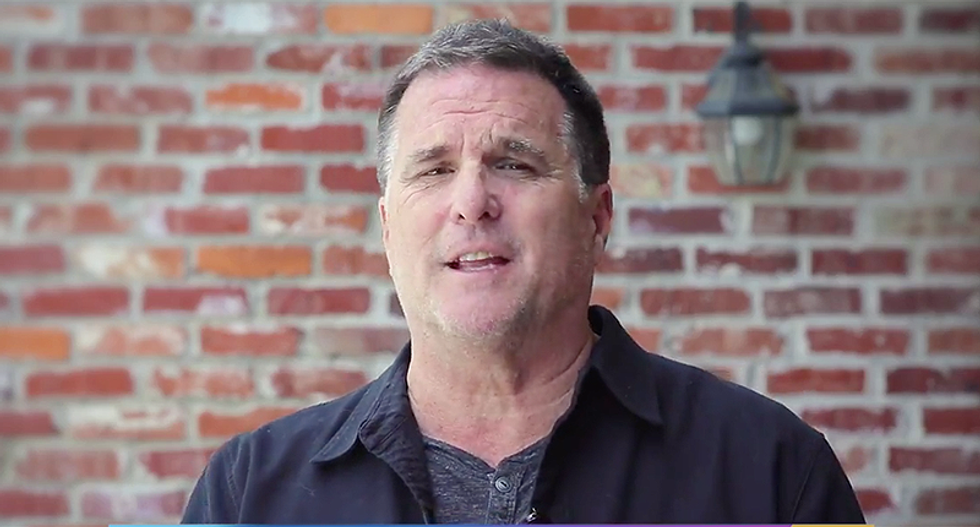 This week the state of Oklahoma held a state-wide prayer day where megachurch pastors from all over the state appeared with Gov. Kevin Stitt (R-OK) to try and pray-away the coronavirus. But one message stuck in the craw of a Baptist preacher who watching.

Speaking Thursday, Pastor Bill Scheer of the Guts Church franchise in northeast Oklahoma delivered a message all about "winning." It was akin to a message from President Donald Trump, who frequently sees the world as the difference between winners and losers.

"See, the key, and I gotta tell ya, is you gotta put God first and keep Him first, No. 1. And No. 2, our help comes from above and that's where we have to look," said Scheer. "Man, let the government do what it does, let the media do what it does but we have to understand who God is in our lives and the hope that we get. And of all of those thousands of promises that are in God's word they put us on the offensive rather than on the defensive. Man, we're just not sitting back on our heels anymore just taking it in the teeth. We're allowed to come humbly and boldly in the throne of grace...

"Man, we're overcomers in this age. We're winners. God's destiny, God's legacy, God's -- God's call and purpose on your life is to win and to win every day."

He went on to give a "financial prayer," noting that "so much of the ministry is this prayer that we're about to pray." He prayed for "superabundance" for every household.

"Honestly, it's been so disturbing to me that I haven't stopped thinking about it since Thursday night," he told the congregation watching online.

"There was a pastor who shared during the prayer time that said we need to know 'that we are overcomers in this age. That we're winners,'" Rev. Taber quoted Scheer.

"There's only one problem with this statement," he continued. "It's a complete and total lie. It's not the message of scripture. This statement, the more I meditated on it and thought about it and sort of stewed over it, it infuriated me because this pastor was given the opportunity to speak truth to an entire state of suffering people and he looked into the camera and he told a lie that goes against not only what God's word says but it actually heaps more suffering on the suffering that people are already experiencing.

"Because if you heard this message that God's call and his message for your life is for you to be a 'winner' and that you would 'win every day,' and you heard this message and you just lost your job, or you're worried about how you're going to feed your kids or how many paychecks you can miss before you become homeless, then guess what, in that moment you don't feel like a winner. You don't feel like you're winning," he continued.

Rev. Taber then walked through the litany of Biblical tales that show person after person suffering but staying true to their faith. Whether Job, Samson, Joseph in the well, Jeremiah rejected and mocked for his faith, the people of Israel, John the Baptist was decapitated, and Jesus Christ himself enduring the crucifixion.

The basis of Christianity is that Christ suffered and died to save the world from sin. Belief in Christ and prayers to be absolved is the pathway to Heaven in the Christian tradition.

"It's not the message of the Bible from Genesis to Revelations, nowhere is there found this message that God's sole purpose to alleviate us of our suffering," Pastor Taber explained. "In fact, it's the exact opposite."

The Christian tradition is to provide hope in the face of suffering, he explained. A message that was clearly lost on the "winning" pastor.

The Oklahoma governor ended his hour-long prayer session with pastors surrounding him in close proximity and laying their hands on him. Both of which are cautioned against by experts trying to prevent the spread of coronavirus.

Since the state-wide prayer session aired, deaths from the coronavirus in Oklahoma have doubled and cases being reported have as well. The early days of the virus appeared to be primarily on the east and west coast, but it has slowly moved into the interior of the country. Michigan and Louisiana are now both facing an explosion of cases. It's expected to spread from there as many states and governors, including Kevin Stitt, ignore social-distancing suggestions from the national experts.

Scheer below at the 29-minute mark.