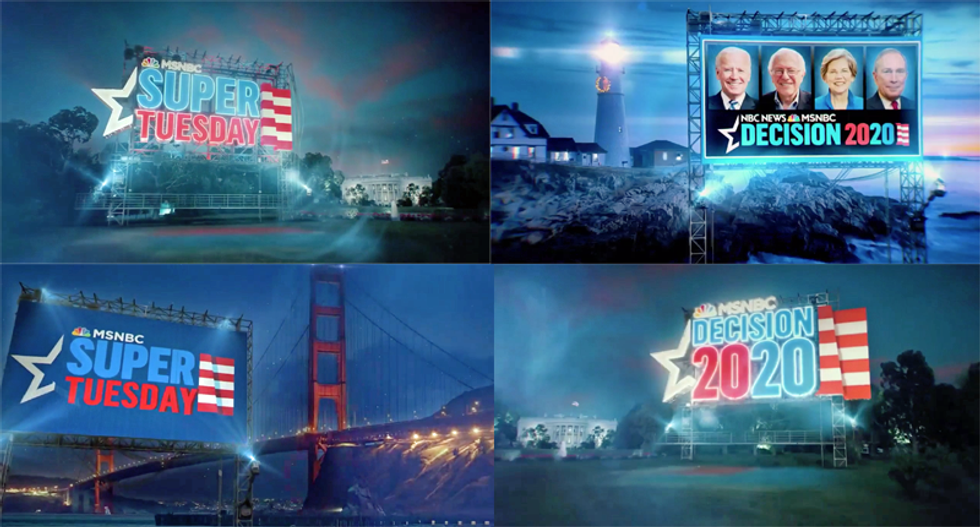 MSNBC released a minute-and-a-half video hyping their Super Tuesday coverage one hour before the polls closed in the Commonwealth of Virginia.

The video featured drumming and chanting, while briefing flashing pictures on the screen.

"Super Tuesday," the narrator said. "One day. Fourteen states -- from California to Maine."

"The biggest delegate jackpot yet," the narrator continued.

2020 Election Media Video
Report typos and corrections to: corrections@rawstory.com.
Like this article ? Text `Support` to 50123 to donate.
READ COMMENTS - JOIN THE DISCUSSION