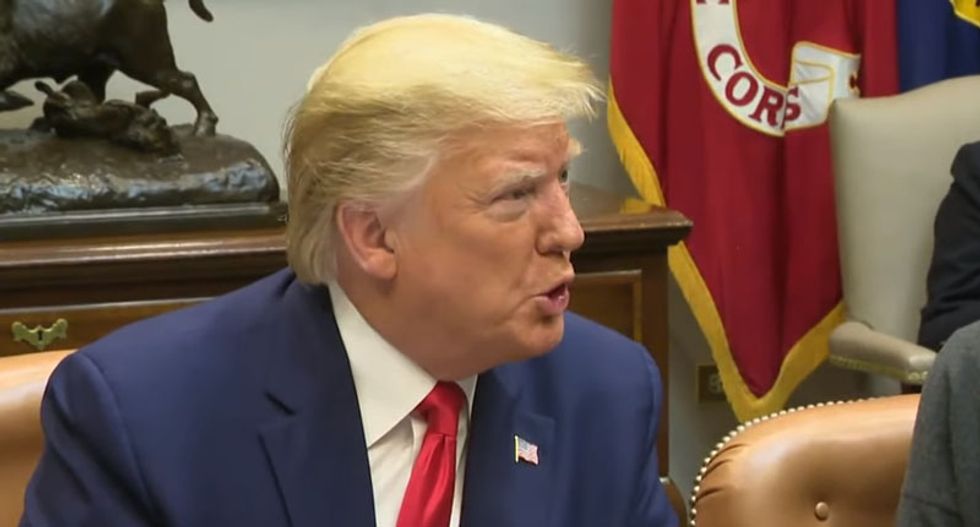 President Donald Trump is desperately trying to reframe Super Tuesday’s stunning Democratic primary results that pushed Joe Biden into frontrunner status. After risking his presidency on extorting Ukraine to dig up dirt on Biden, and getting impeached over it, Trump had turned his focus to Sanders, trying to create a civil war among Democrats.

Now that Biden is again in front Trump is trying to paint him as further to the left of Democratic Socialist Bernie Sanders, which is false.

The stock markets “don’t like Joe either,” Trump told reporters Wednesday. As the Fox Business split screen (below) shows, the DOW was up nearly 500 points in response to Biden’s surge as Trump was speaking.

“Joe’s become, you know, he’s, a lot of people are with Joe. If you look at those people they’re worse than Bernie, in terms of being radical left,” the President said, referring to Senator Sanders.