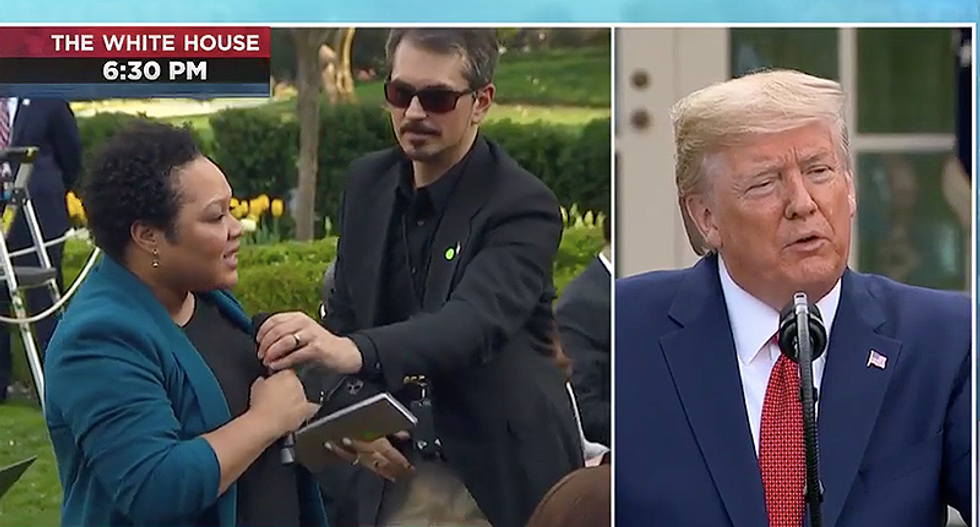 President Donald Trump snapped at two Black reporters asking questions about his past statements on the coronavirus timeline.

During a Sunday press conference in the Rose Garden, Trump attacked Bloomberg and PBS reporters for their questions. In the case of the PBS reporter, who Trump has attacked multiple times, he referred to her and her Bloomberg colleague as "you people."

Yamiche Alcindor asked the president about his earlier accusations that masks were "going out the back door" and said that it was "worst than hoarding." She specifically cited his comments on Sean Hannity where he attacked blue-state governors, saying that if they're not nice to them he won't return their calls.

"That's why you used to work for the Times and now you work for somebody else," Trump attacked Alcindor for asking the question.

"Why don't you people act a little more positive? Don't be threatening. Be nice," he told the reporters.