WATCH: Trump suggests he may impose quarantine on New York and surrounding states 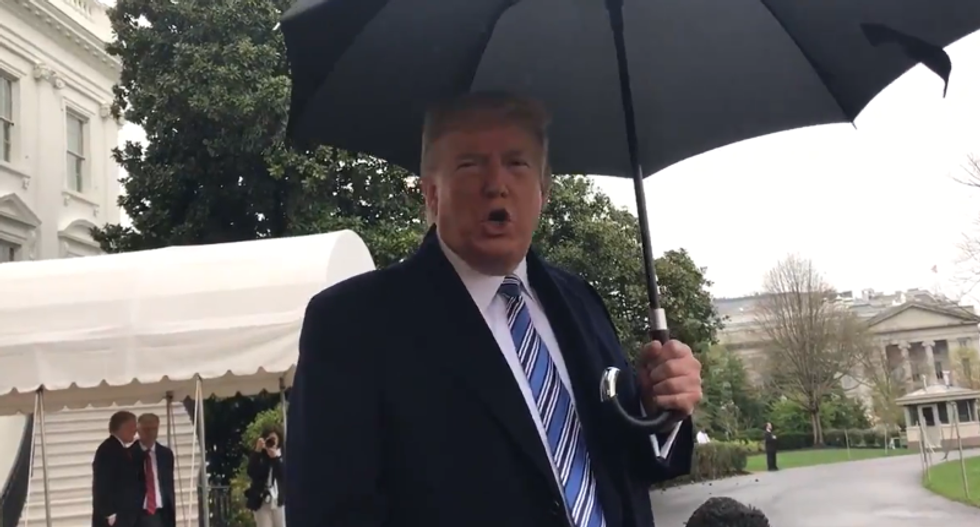 On Saturday, on the White House lawn, President Donald Trump announced he is considering a quarantine of New York, New Jersey, and parts of Connecticut in an effort to contain the coronavirus outbreak, which is currently exploding in the New York City metro area.

"Should anyone who lives in a state that has a governor that you're not getting along with well be concerned at all?" asked NBC News reporter Kelly O'Donnell.

"No, I think most of the governors are very appreciative," said Trump. "As I said, I just spoke with [New York Gov.] Andrew Cuomo, I just spoke with [Florida Gov.] Ron DeSantis. We're thinking about certain things. Some people would like to see New York quarantined because it's the hot spot. New York, New Jersey, maybe one or two other places, certain parts of Connecticut quarantined. I'm thinking about that right now. We might not have to do it, but there's the possibility that sometime in April we'll quarantine."

He added that travel could be restricted, because New Yorkers were traveling to Florida and "we don't want that."

Florida has continued to see extensive travel in part because DeSantis has been slow to shut down public areas in the state, encouraging people from states with stricter lockdowns to visit.