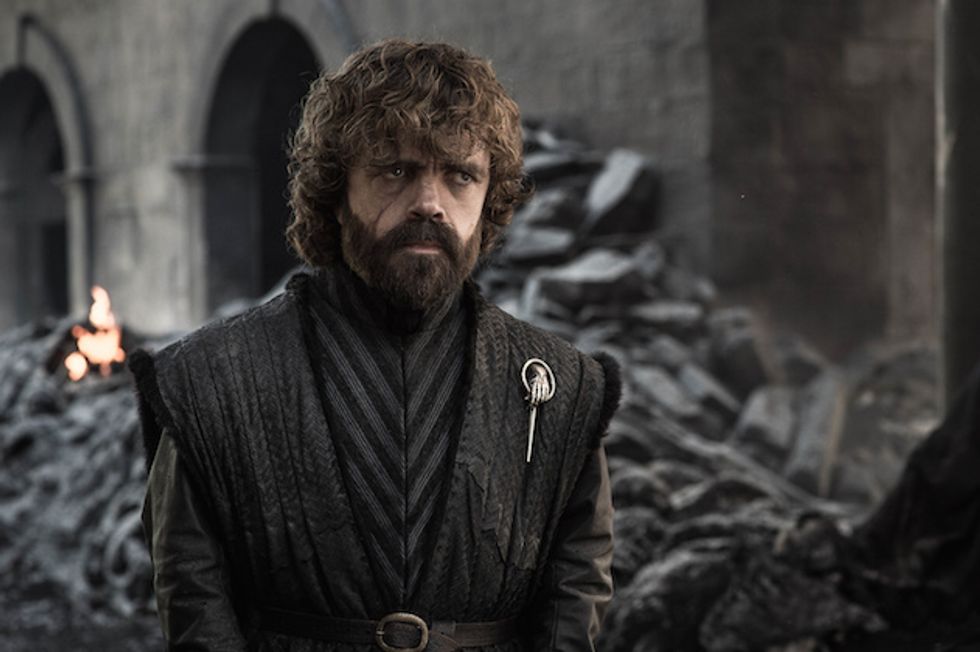 Back in fall 2018, one particular Game of Thronesfan theorywas all the rage. Based on set leaks and evidence from a credible leaker who'd accurately predicted many of the twists and turns of Season 7,it claimed we would see a beloved character make a dramatic heel turn. However, that character wasn't Daenerys Targaryen, it was Tyrion Lannister.While Song of Ice and Fire author George R.R. Martin previously revealed that he gave Game of Thronesshowrunners David Benioff and D.B. Weiss some rough "bullet points" for the conclusion of his saga, he's got to be thinking twice about incorporating tha...