550 sailors aboard USS Theodore Roosevelt have tested positive for coronavirus 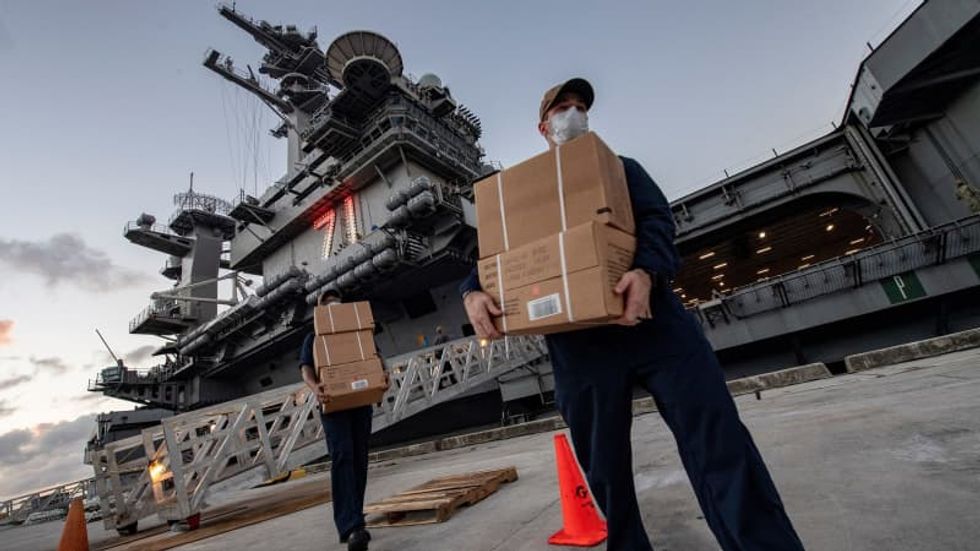 Another 103 sailors aboard the USS Theodore Roosevelt have tested positive for coronavirus.In total, 550 people on the aircraft carrier docked near Guam have been infected with COVID-19, according to a post on the Navy’s website. As of Saturday, 92% of the ship’s nearly 4,600-person crew had been tested.The Theodore Roosevelt was thrust into the spotlight March 31 after U.S. Navy Capt. Brett Crozier sent a letter to his superiors asking for help with the outbreak on his ship.The Navy then canned Crozier after the letter leaked to the media. Crozier, of course, was correct about the outbreak an...