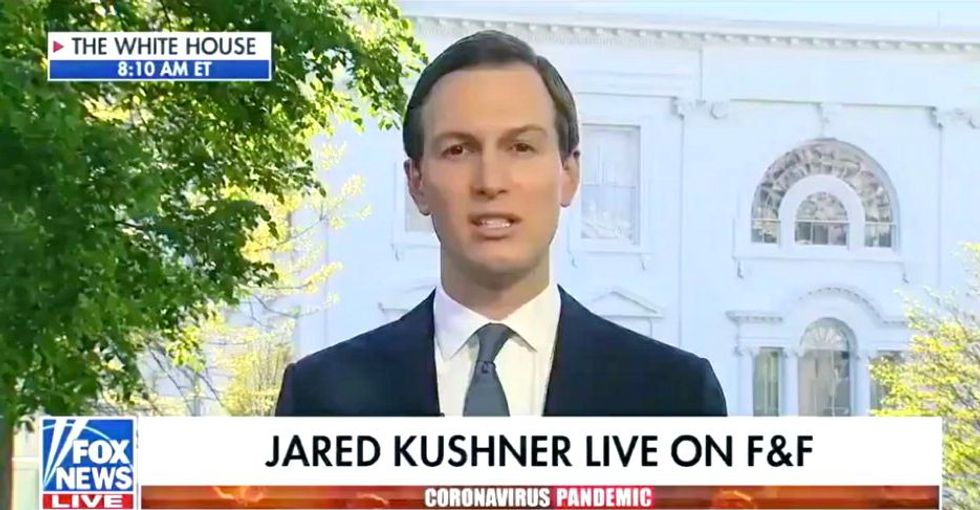 Jared Kushner says the Trump administration is "doing a lot of things right" and has created a "great success story" in how its handled the coronavirus pandemic, just one day after the United Stated passed the one million mark in COVID-19 cases, and is rapidly approaching 60,000 deaths.

"The federal government rose to the challenge, and this is a great success story, and I think that, that's really what needs to be told" Kushner, a Senior Advisor to the President, told "Fox & Friends" Wednesday.

"We're on the other side of the medical aspect of this and I think that we've achieved all the different milestones that are needed," Kushner added, suggesting the U.S. has flattened the curve, the worst of the pandemic is over, and there's little to no more work to be done, all of which is false.

Responding to a question on why there is no national strategy coming from the Trump Administration, Kushner replied: "We've been very busy doing."

"We released the strategy document earlier this week, it was an 8-step plan, and seven of those steps have been completed," Kushner added.

Kushner appears to be referring to the White House Testing Overview, which was released Monday. It isn't a plan, but rather a public relations document that is not designed to provide a plan on battling coronavirus. It is designed to re-open the country for business. It also calls the federal government the "supplier of last resort."