A year after blaze, Notre-Dame to hold Good Friday mass amid virus lockdown 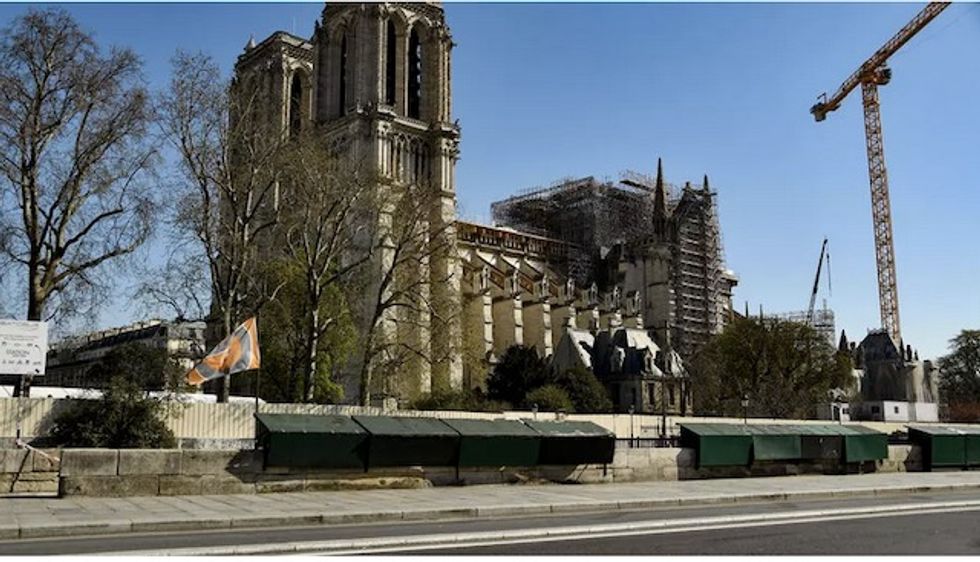 A small congregation of worshippers will celebrate Good Friday mass at Notre-Dame Cathedral in Paris, a year after it was devastated by fire, but attendance will be limited because of a lockdown during the coronavirus outbreak.

Only seven people will attend the televised mass on Good Friday, when Christians commemorate the death of Jesus Christ.

"Only a few priests will attend the masses that we will celebrate during the Holy Week and people will be able to follow services on radio or on television," Paris Archbishop Michel Aupetit told a video news conference.

The service will include a wreath rescued from the fire that threatened to obliterate Notre-Dame, one of the world's most famous landmarks.

There will be no Easter Saturday processions this year because of the nationwide lockdown, which limits the size of public gatherings.

On Easter Sunday, when Christians celebrate Christ's resurrection, Aupetit will hold a mass in Saint-Germain l'Auxerrois church near the Louvre museum in the heart of Paris, with about 20 people attending.

Last year, hundreds of Parisians gathered for Easter Sunday mass at Saint-Eustache church in central Paris and prayed for the swift restoration of Notre-Dame after the fire that ripped through it days earlier, on April 15.

The fire destroyed the mediaeval cathedral's roof, toppled the spire and almost brought down the main bell towers and outer walls before firefighters brought it under control.

President Emmanuel Macron has vowed to restore Notre-Dame in five years, though experts have described the target as unfeasible.