Anderson Cooper stunned after Trump claims he was being 'sarcastic' about injecting disinfectant: 'You just saw the president lying' 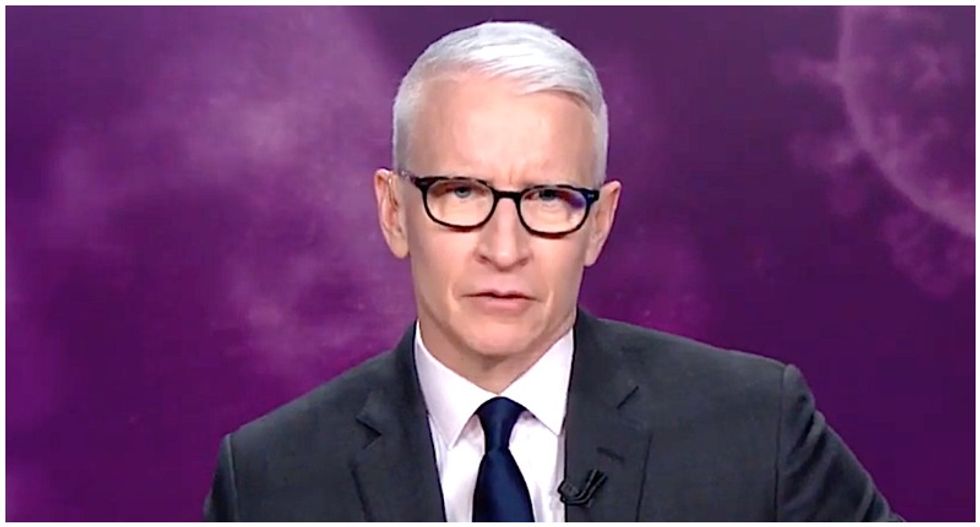 CNN's Anderson Cooper on Friday found himself in shock after President Donald Trump tried to claim that his musings about treating coronavirus by injecting disinfectants into the human body were "sarcastic."

After playing footage showing Trump telling a reporter that he wasn't serious about his proposed disinfectant injection remedy, Cooper immediately called B.S. on the president's excuse.

"What you just heard is the president of the United States just lying," Cooper said. "It's fascinating because he's lying about something that we all witnessed just yesterday of him talking to his own coronavirus task force about research on injecting bleach, disinfectants into people, somehow cleaning them from the inside... there was no sarcasm, we have the tape."

Cooper then brought on reporter Kaitlan Collins and asked her why she thought the president believed he could rewrite history like this.

"This is a tactic we have seen the president take before, when he made a remark and it has been widely criticized by experts in the area, he often has... his aides using the excuse, 'He's being sarcastic.' The press secretary put out a statement earlier, she did not say the president was being sarcastic, she accused the media taking the president out of context."