As small businesses in US face coronavirus doomsday, big insurers say: We can't save you. We won't save you. 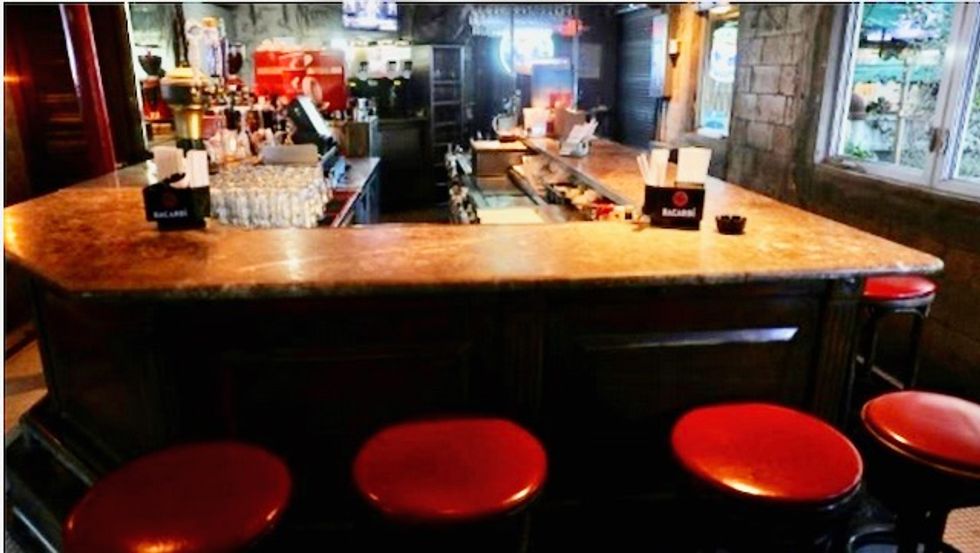 As small business owners around the U.S. grapple with the financial losses they are suffering—and the suffering yet to come—as millions shut down and lose business under government orders to slow the spread of the coronavirus, property and business insurance companies are claiming they're unable to cover those losses and are not equipped to handle pandemics like this.

As Roll Call first reported Wednesday, several trade groups representing large insurers sent a letter on April 2 to Reps. Gil Cisneros and Mike Thompson, both Democrats from California, in response to a request the lawmakers to explain why companies were not paying "business interruption loss" claims filed by small businesses.

"I would say I'm frustrated with the insurance company, but I'm terrified about the federal government because they're the only ones that can mobilize the amount of money that we need to have mobilized."

"Insurance coverage works by spreading risk, but that model simply cannot account for a situation in which losses are catastrophic and nearly universal. Standard business interruption policies do not, and were not designed to, provide coverage against communicable diseases such as COVID-19, and as such, were not actuarially priced to do so," the groups wrote.

Ahead of the Trump administration's rollout of the $350 billion small business rescue fund, known as the Paycheck Protection Program (PPP) and comprised of taxpayer-backed loans, the organizations called on Congress to provide "additional liquidity...for impaired industries and businesses to avoid an unprecedented systemic, economic crisis."

The grassroots network Main Street Alliance (MSA), which works directly with more than 30,000 small businesses to make sure their interests are represented in public policy, says both private and public entities should help to avoid "catastrophic closures" of small businesses as a result of the pandemic.

"We're pushing hard for as many government interventions as possible in this unique time, including payroll support," Cynthia Ward Wikstrom, campaigns director for MSA, told Common Dreams. "Insurance companies are some of our more profitable companies that should be picking up some of burden. It seems there could be a government-backed portion and also that insurance would pick up a portion."

Julia Mayer, the owner of Dune Coffee Roasters in Santa Barbara, California, has been echoing that call over the past several weeks as she talks with her elected representatives about securing relief after being told by her insurance company that it would not approve the business interruption claim she filed. The news forced her to stay open for the time being, offering to-go orders only and maintaining strict social distancing.

"The response was, 'You will never be covered, none of your business interruption insurance is going to cover you, because this is a pandemic,'" Mayer told Common Dreams. "And after the SARS outbreak they put a rider in that said expressly, it excludes viruses or pandemics."

According to a recent report in the Denver Post, after the SARS outbreak in 2003, many insurers stipulated in their policies that business losses due to a public health crisis would no longer be covered.

"When the industry is slammed with a particular unforeseen risk, they'll exclude it from future coverages," attorney Finley Harckham told the Post.

Mayer's experience was doubly frustrating, coming two years after she was forced to close temporarily due to a wildfire and a subsequent mudslide—neither of which were covered under her policy's business interruption insurance. The company denied her claims because her business was one block away from Santa Barbara's mandatory evacuation zone at the time, allowing the insurer to reason that access to the coffee shop had not been "expressly prohibited by the government" and that no physical damage had occurred.

"We all are required to carry these insurances to operate our businesses and yet this is the second time I've needed it and I haven't been able to access it," Mayer said. "I've had a fire, a mudslide, and now a pandemic in two years and they haven't covered any of those things...I don't even know that they would cover anything."

The insurance trade groups informed the lawmakers this month that they could not cover businesses' losses a day after progressives lambasted the PPP, which was passed under the $2.2 trillion coronavirus relief package known as the CARES Act late last month.

The PPP was rapidly running low on funds this week even as countless small businesses aross the nation said they had still not been able to access their loans.

"I would say I'm frustrated with the insurance company, but I'm terrified about the federal government because they're the only ones that can mobilize the amount of money that we need to have mobilized," Mayer told Common Dreams. "We're a month in and no one that needs the money has seen the money—our hourly workers, small businesses who operate with a month's cash on hand—none of those people are getting any of the money."

Meanwhile, as much a $4.5 trillion will go toward a taxpayer-backed fund from which large corporations can draw for relief, with little to no oversight from Congress.

"Why is the money being distributed to big corporations?" Mayer said. "If we want this economy to continue to function in any capacity we're going to have to give people money to pay for what they need, or else this is going to get really bad, really fast... There should be more grants, less loans, and way more oversight over how this money is distributed."

The Main Street Alliance, of which Mayer is a member, has also called on Congress to offer immediate grants to businesses instead of loans.

"Many people didn't realize how under-resourced small businesses are," Wikstrom said. "So many small businesses have just two weeks capital, and that's gone already. We may not have a Main Street left if we don't take immediate action."