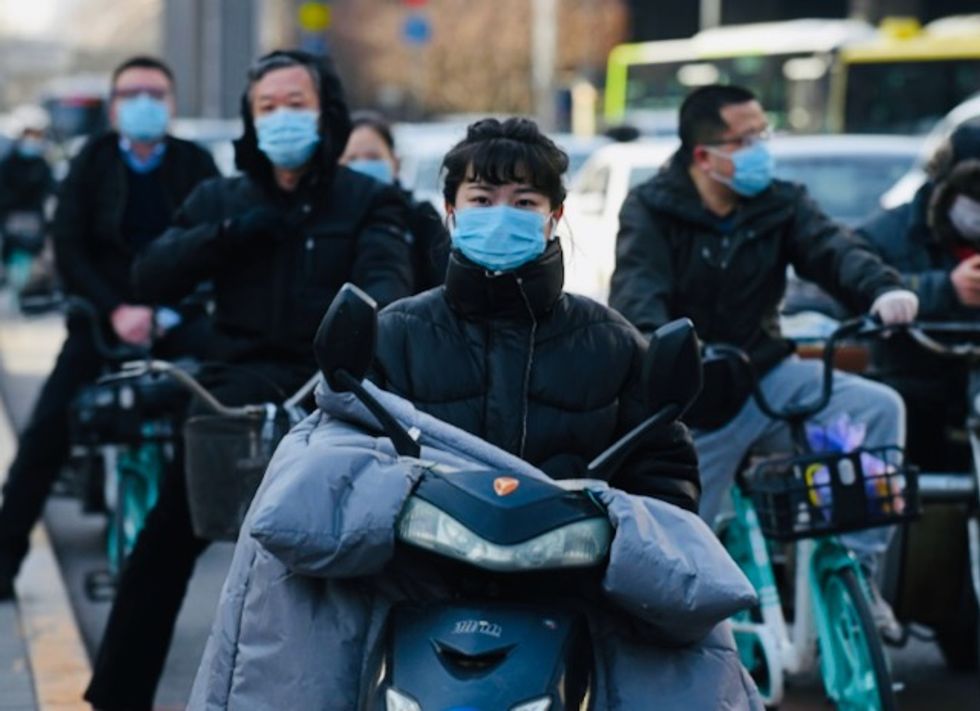 Here are the latest developments in Asia related to the novel coronavirus pandemic:

China reported 108 new virus cases, 98 of which were imported from overseas, its highest figure since early March.

The country where the disease first emerged has largely brought its domestic outbreak under control, but it faces a fresh battle against imported infections, mostly Chinese nationals returning home.

An oil price rally sparked by an international deal to slash production fizzled out, with traders doubtful the agreement would provide much support to steady coronavirus-ravaged energy markets.

Hundreds of passengers flocked to train stations on commuter lines in the Indonesian capital Jakarta, despite a partial lockdown announced by authorities last week.

People were seen waiting in long queues, struggling to board trains. The transport ministry is now considering allowing motorbike taxis to take passengers again, after they were banned from doing so as part of the curbs.

- South Korea to ship coronavirus tests to US -

South Korean firms will make their first shipment of coronavirus tests to the United States this week after a request by US President Donald Trump, Yonhap news agency reported.

The US has more confirmed COVID-19 cases than anywhere else in the world and also has the highest toll, with more than 22,000 deaths.

In contrast South Korea was once the hardest-hit country outside China, but appears to have brought its outbreak under control with a huge "trace, test and treat" strategy.

Sri Lanka extended restrictions under which people must work from home by one week, to April 20, while an indefinite curfew remains in place to contain the spread of COVID-19.

The reopening of schools, which was scheduled for April 20, has been postponed until May 11.

China coach Li Tie has revealed the psychological toll coronavirus took on the national football squad during a five-week training camp prolonged by the pandemic.

Li's men spent much of March in Dubai, where many Chinese Super League (CSL) teams also took refuge, before returning home when the outbreak began to subside in China.

- 'Medibot' to do rounds on Malaysian wards -

Malaysian scientists have created a barrel-shaped robot on wheels that they hope will make the rounds on hospital wards to check on coronavirus patients, reducing health workers' risk of infection.

"Medibot" is a 1.5 metre (five-foot) tall white robot that is mounted with a camera and screen via which patients can communicate remotely with medics.

The virus has sharpened distrust between Indonesia's central government in Jakarta and its eastern-most province of Papua, while intensifying locals' feelings of victimisation, according to a report from think-tank the Institute for Policy Analysis of Conflict.

The pandemic, combined with a worsening in a long-running separatist insurgency, has increased the number of vulnerable people in the province, according to the Jakarta-based think-tank.

Prime Minister Shinzo Abe has appeared in a video playing with his dog and watching TV as part of efforts to encourage Japanese people to stay at home, but was attacked online with many using the hashtag "Who do you think you are?".

In the video posted online Sunday, Abe cuddled a miniature dachshund, sipped a drink from a mug, read a book and watched TV with a message saying "You cannot see your friends. You cannot go drinking. But such actions by everyone are definitely saving many lives".