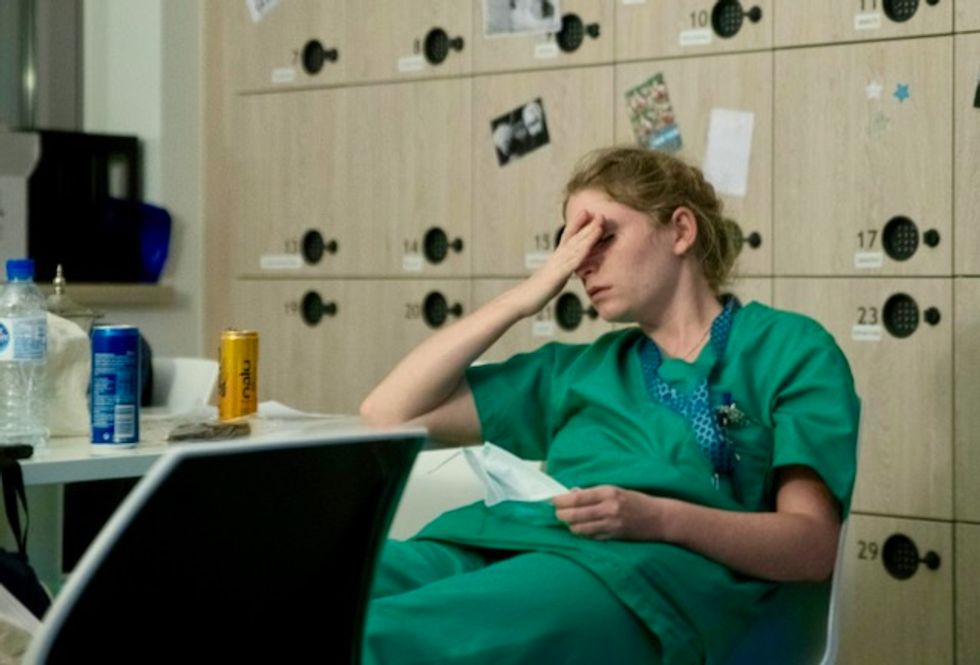 Belgium now has the highest death rate from COVID-19 in the European Union but officials insist it is because they have been totally transparent with the data.

Belgium's neighbors Britain and France have averages of 202 and 274 per one million respectively, with total reported deaths on the order of 14,000 and 18,000 for populations that are six times bigger.

Belgian Prime Minister Sophie Wilmes had to explain why that was the case on Wednesday, and said the government "made the choice of full transparency when communicating deaths linked to COVID-19," even if it resulted in "numbers that are sometimes overestimated."

Most official tallies probably reflect only a fraction of the actual number of infections, because many countries are testing only the most serious cases.

AFP / Aris Oikonomou Most official tallies probably reflect only a fraction of the actual number of infections, because many countries are testing only the most serious cases

Unlike some countries, Belgium takes fully into account the dramatic situation in retirement homes.

In the country's more than 1,500 such facilities, the numbers include deaths that are considered linked to the coronavirus even if it has not been proven by tests, a choice not taken by many others.

"In Europe, no country counts like the others. We have the most detailed method," Health Minister Maggie De Block told the television news channel LN24.

She said the ministry might in future adopt a way of counting that would let Belgium compare its results with other countries, but provided no details.

Some doctors have complained that deaths caused by hypertension, diabetes, cardiovascular pathologies and other causes have been lumped into the COVID-19 category, but Emmanuel Andre, a spokesman for national health authorities, insisted the broad Belgian method of counting "is necessary."

The virus specialist explained that "the accepted practice is to take suspected cases into account" when tracking the spread of an epidemic.

COVID-19 deaths that were confirmed by a positive test have represented only around five percent of those reported by retirement homes up to now, but Andre said that increased testing in those facilities would push the rate much higher in coming days.

It would also allow authorities to better measure the extent of COVID-19's spread, he added.

Sociologist Geoffrey Pleyers said "a social and ethical human tragedy" had played out "unseen, behind the walls" of retirement homes as Belgian officials focused on whether hospitals had intensive care capacity to deal with the pandemic.

"What proportion of deaths could have been avoided if people had received hospital care" for other pathologies, Pleyers asked in commentary published by the newspaper Le Soir.

The government plans to multiply by 10 the number of coronavirus tests provided to retirement homes.

But the target of 210,000 kits "is not enough to test everyone," said Vincent Fredericq, general secretary of Femarbel, the leading federation for the sector in French-speaking Belgium.

He said it cared for 160,000 residents across the country and employed 110,000 staff who were also potential vectors of the virus.

"In the Brussels region, 95 percent of the personnel use public transport, either the metro, trams or buses, which are unfortunately good places to become contaminated," Fredericq noted.