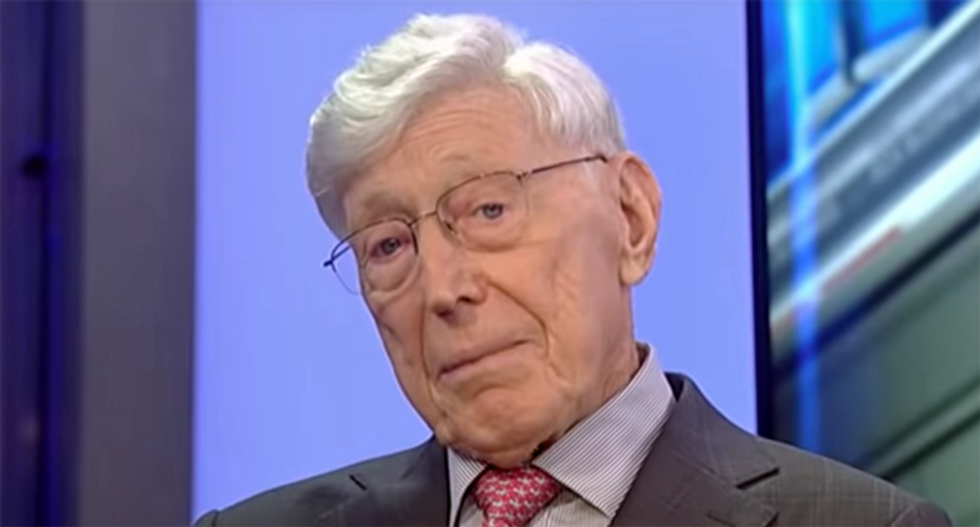 Bernard Marcus, the co-founder of Home Depot, appears on the Fox Business Network in (screengrab)

Many Americans are wondering why President Donald Trump has been relentlessly and dangerously promoting two old malaria drugs to fight the deadly coronavirus, but now it seems a legitimate tie may have been found.

The investigative news site Sludge reports a top Trump backer's advocacy group, fueled with funds from Big Pharma, "has been pushing Trump to approve the use of hydroxychloroquine for treating COVID-19."

Marcus donated millions to groups which worked to get Trump elected. He has said he will again donate millions to help get Trump re-elected.

Sludge reports the pharmaceutical industry has funded Marcus' Job Creators Network, which "has been pushing" Trump "to make the drug available."

The petition is a collaboration with the Koch Brothers funded group Physicians for Reform.

“There is clear and ever-mounting evidence that the anti-malaria drug hydroxychloroquine can significantly help patients who contract coronavirus,” the petition states, despite the lack of rigorous clinical testing.

Those three companies could make millions if not billions if hydroxychloroquine were found to be a cure for COVID-19.

Here's Marcus defending Trump in 2016 after his vile remarks were exposed in the now-infamous, lewd, "Entertainment Tonight" video: