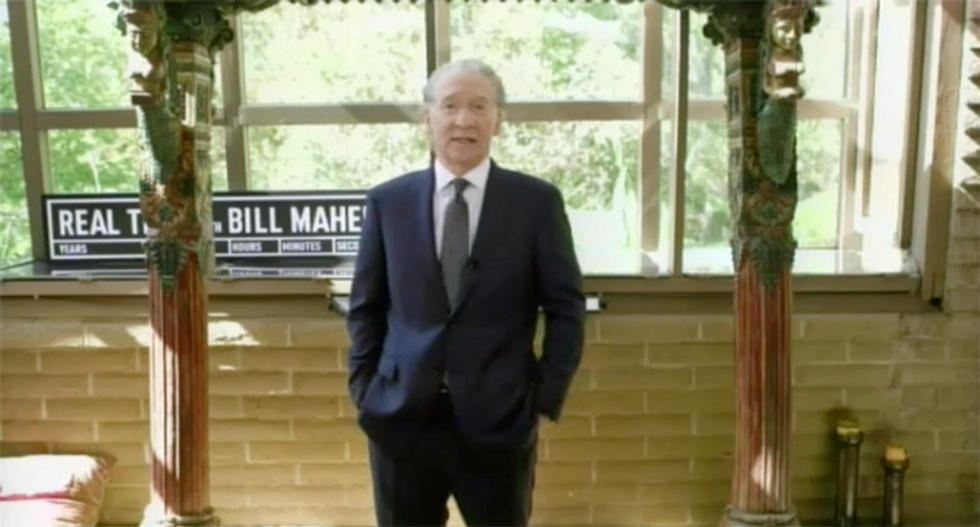 The host of "Real Time" on HBO put on a suit and tie for his home performance on Friday.

The host discussed his own difficulties dealing with the COVID-19 coronavirus shutdowns.

"I love my home. Home sweet home. But enough of home, I never thought I'd miss traffic," he revealed.

"I'm afraid I'm losing it, I'm this close to writing a manifesto," he worried. "Last week I took mushrooms and FaceTimed with the future me."

Maher also discussed Trump's week, saying that "even by his standards, was off the rails."

He also explained that Trump didn't need his signature on stimulus checks as we would know who sent them when they bounced.