Boris Johnson back on hospital ward with UK in Easter lockdown 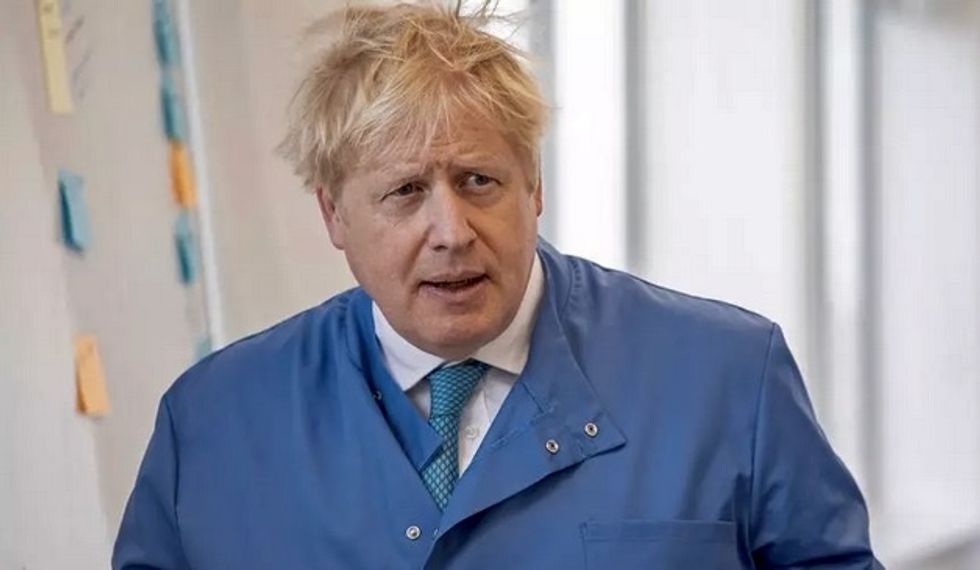 Prime Minister Boris Johnson was recovering in a hospital ward Friday after ending three days in intensive care for COVID-19, as his government urged Britons to stay at home over Easter.

The 55-year-old leader left intensive care at London's St Thomas' Hospital on Thursday evening and will now be monitored closely during what Downing Street called "the early phase of his recovery".

"He is in extremely good spirits," a No. 10 spokesman said.

Johnson's improving condition came as the government continues to impose an unprecedented nationwide lockdown to try to stem the spread of the deadly coronavirus.

That is thought to reflect only a fraction of the actual number of people infected.

Despite the grim tolls, there were indications the stringent social distancing regime introduced on March 23 could be starting to have a positive impact.

"We are beginning to see the benefits of this social distancing," said Stephen Powis, medical director of England's state-run National Health Service (NHS).

"We do believe the virus is spreading less," he told the BBC.

But Powis stressed it was "critical" that people keep obeying the social distancing measures over the long Easter weekend, when fine weather in forecast.

"It's still too early to really be confident that we are turning the corner," he added.

"We need to completely and utterly make sure that we all comply with the instructions we have been given."

Johnson is the most high-profile world leader to suffer from the coronavirus.

He was hospitalized Sunday over concerns he still had a cough and high temperature after spending 10 days in self-isolation in a flat above his Downing Street office.

While in intensive care the Conservative leader received "standard oxygen treatment" and did not require a ventilator.

But his transfer there Monday, unprecedented for a prime minister during a national emergency in modern times, rattled Britain and sent shockwaves around the world.

His father Stanley Johnson said on Saturday he must now "rest up", after last week trying to keep working during his self-isolation.

"He has to take time," the elder Johnson told BBC radio.

"I cannot believe you can walk away from this and get straight back to Downing Street and pick up the reins without a period of readjustment."

Foreign Secretary Dominic Raab has been deputizing for Johnson in his absence.

He led an emergency meeting of senior ministers on Friday, which discussed a formal review of the lockdown measures set for next week.

Implemented for an initial three weeks, the measures are widely expected to remain for at least the rest of the month.

But he cautioned more evidence the spread of the disease was being reduced would be needed before they could be relaxed.

"There is some preliminary evidence... that we have seen even larger reductions in normal behavior, contact, than we would have dared hope," he told BBC radio.

"That is good news but we have still got to see that reflected in case numbers coming down."