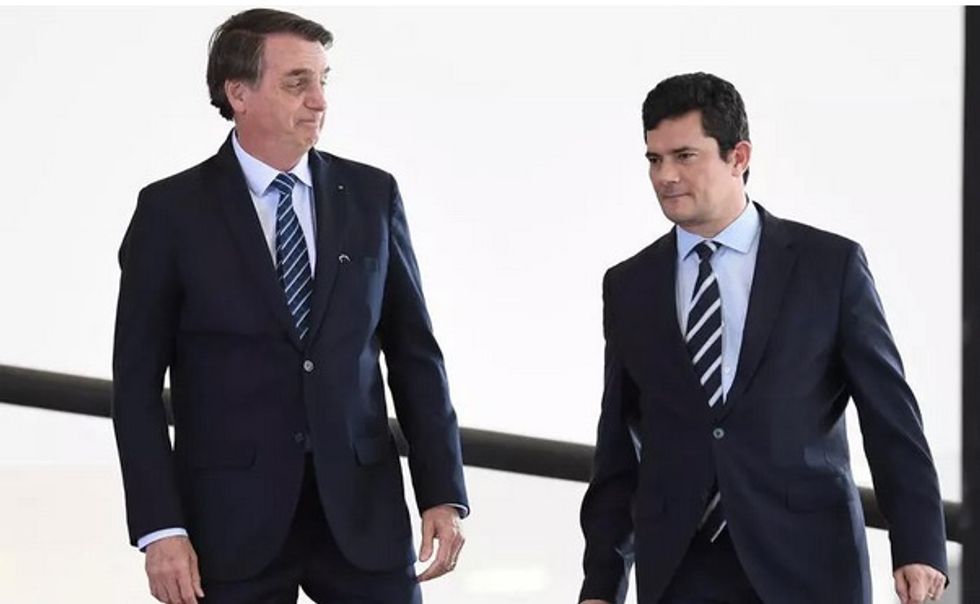 Sergio Moro, Brazil's justice and security minister, resigned on Friday after clashing with President Jair Bolsonaro over the sacking of the federal police chief.

Moro, a former anti-corruption judge, hit out at "political interference" in the federal police, saying that he could not do his job without "autonomy" for the force.

The news sparked jitters in the markets with Sao Paulo's stock exchange, the largest in Latin America, plunging more than eight percent and the real dropping to a record low of 5.68 against the US dollar.

"I'm going to start packing up my things and send my resignation letter," said Moro, 47, during a long speech in the capital Brasilia in which he accused the far right Bolsonaro of "breaking the promise of a carte blanche."

"The change at the head of the federal police without a genuine reason is political interference that harms my credibility and that of the government," said Moro.

Last week, Bolsonaro also fired his health minister, Luiz Henrique Mandetta, who supported isolation as a tool to contain the spread of the virus. Bolsonaro has repeatedly downplayed the danger of COVID-19.

"Mandetta's vision was that of health, of life. Mine is more than life, it includes the economy and jobs," Bolsonaro said at the time.