Breadlines form down the street from Mar-a-Lago as the Trump economy collapses: report 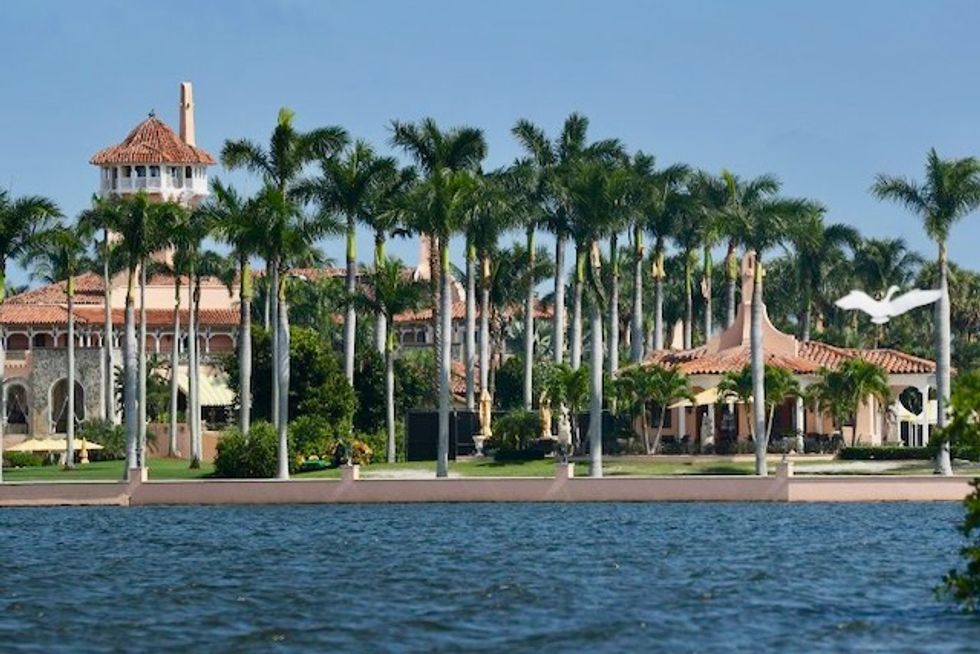 On Saturday, Bloomberg News highlighted how the collapse of the economy, spurred by the coronavirus pandemic and the U.S. government's poor response, is leading to destitution in the backyard of one of President Donald Trump's most famous properties.

"Though it’s just a four-minute drive across the lagoon from Mar-a-Lago, President Donald Trump’s private club, and ten minutes from the Palm Beach outposts of Chanel and Louis Vuitton, Howley’s diner has become an emblem of America’s stark new economic reality," wrote Shawn Donnan and Reade Pickert. "With more than 10 million people across the nation suddenly unemployed, bread lines are forming in the shadows of privileged enclaves like this one in Florida."

The report continued: "For the past two weeks, the kitchen staff at Howley’s has been cooking up free meals — the other day it was smoked barbecue chicken with rice and beans, and salad — for thousands of laid off workers from Palm Beach’s shuttered restaurants and resorts. The rows of brown-bag lunches and dinners are an early warning that the country’s income gap is about to be wrenched wider as a result of the Covid-19 crisis, and the deep recession it has brought with it."

According to Feeding South Florida vice president Sari Vatske, requests for assistance are up 650 percent. Some restauranteurs around the area are temporarily converting their businesses into food pantries, propped up by local government donations.

And it's not just happening in Florida, but all over the country, where even before the crisis began there were 14.3 million food-insecure households.

"It’s just really hitting people who are already the most vulnerable workers in our society so that is going to mean the pain will propagate faster," said Economic Policy Institute economist and former Labor Department official Heidi Shierholz. "They’re more likely to be living paycheck to paycheck than anyone else, and so if their income falls, they’re more likely to actually have to cut back on necessities like rent and food. So that just makes the recession deeper and longer by pulling even more economic activity out."