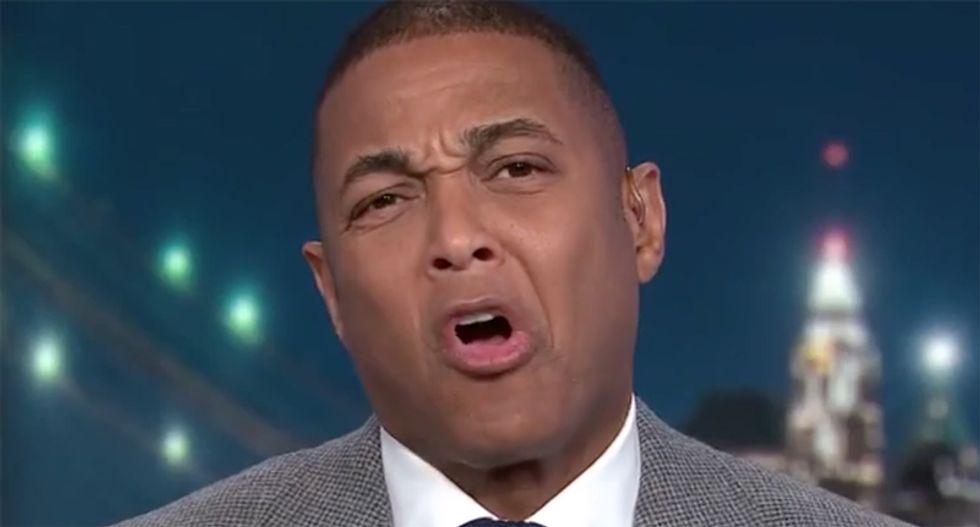 "I understand that you are hurting. I understand that people are hurting. Yes, a lot of people are hurting, but there are front-line workers who have to get out there," said Lemon. "You know, I did 'The Color of COVID' this weekend. Those people are at the grocery stores who didn't expect to have their lives be placed in danger because they have to work at the grocery store. They're driving buses, and you're protesting against — you're slapping the faces of people who are — the health care workers who put their lives on the line every day because you want a haircut? You want to go play golf?"

"Of course you're concerned about your business. Tell the president that!" said Lemon. "And you're out there with guns, with weapons strapped to your chest, saying, oh, you want to get — you're fighting against the people who are telling you to stay at home, trying to save your lives, you're upset with those people? In the meantime, there are people keeping your cities going, keeping your loved ones alive and you want to get a haircut? Who the hell do you think you are?"