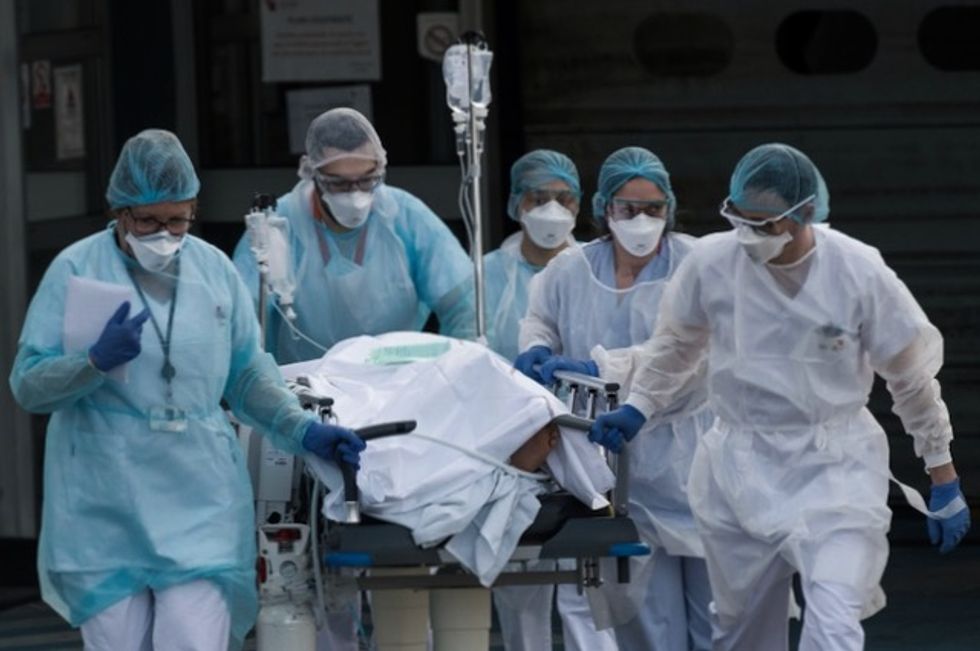 On Saturday, The Daily Beast reported that a meatpacking plant in Greeley, Colorado that has become a concentrated hot spot for coronavirus had a "work while sick" culture — and didn't even bother to shut down until eight days after the first COVID-19 death of an employee.

"The Weld County Department of Public Health and Environment sent a letter to the JBS USA facility in Greeley on April 4, and referenced warnings the agency made to company officials on April 2—five days before the first reported death of one of the facility’s employees on April 7," reported researcher William Bredderman. "JBS idled the beef processing operation on April 15, but not before dozens more of its 4,500 workers became infected and at least four died."

"The missive from County Health Officer Dr. Mark Wallace, obtained by The Daily Beast, noted that he had brought up in the April 2 exchange that some of the plant’s laborers had reported feeling pressured to keep attendance up even when they felt ill," continued the report. "'These concerns expressed to clinicians included a perception by employees of a ‘work while sick’ culture that included managers and supervisors coming to work while sick,' Wallace wrote in the letter, first reported on by local Fox affiliate KDVR."

A spokesperson for JBS denied the report, saying, “No one is forced to come to work and no one is punished for being absent for health reasons. If someone is sick or lives with someone who is sick, we send them home. The health and safety of our team members is our number one priority.”