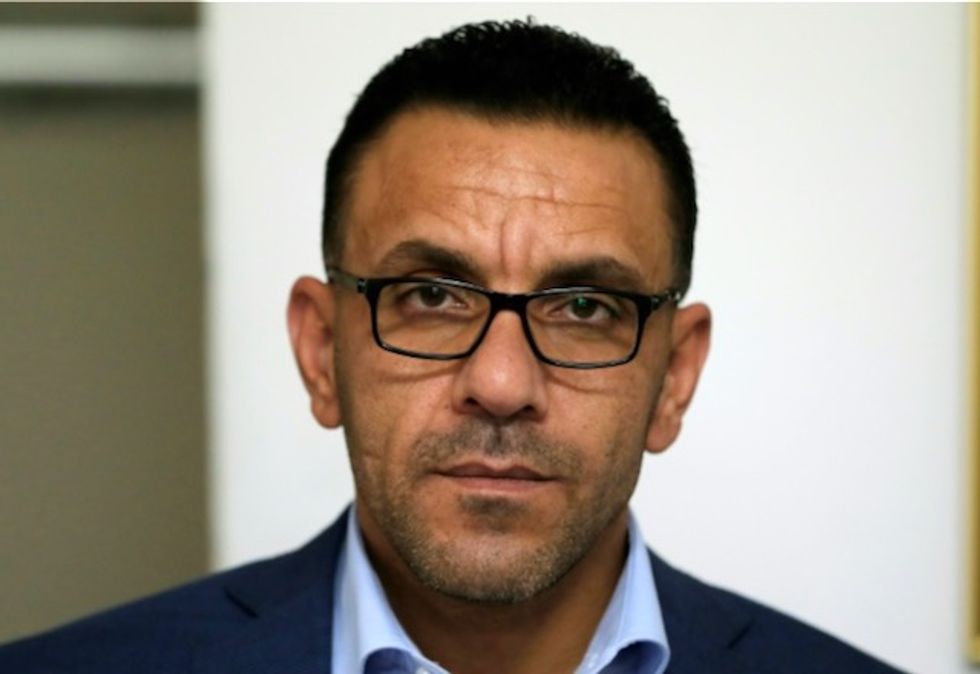 Israel's arrest of senior Palestinian officials for "illegal" efforts to contain coronavirus and the Jewish state's closure of a clinic have exacerbated a long-running row over the status of east Jerusalem.

Since the onset of the health crisis, Palestinian officials allege the Arab population of Israeli-annexed east Jerusalem has been overlooked by Israeli efforts to curb the spread of the virus.

Israeli police recently shuttered a COVID-19 screening facility in the east Jerusalem neighborhood of Silwan -- the testing was unauthorized, they said, because it was only overseen by the Palestinian Authority, and not Israel.

"Our goal is to provide aid to the people of east Jerusalem who are intentionally being neglected" by Israel, Fadi al-Hadami, the Palestinian government's minister for Jerusalem affairs, told AFP.

But meetings with "hospital doctors in Jerusalem, interviews with media calling on people to stay at home to fight corona(virus) -- they (Israel) consider these things violations," he lamented.

Earlier this month, Hadami and Adnan Ghaith, the Palestinians' governor of Jerusalem, were detained by Israeli authorities amid their on-the-ground response to the coronavirus crisis.

Both men were released within 24 hours. But the spread of COVID-19 in predominantly Palestinian east Jerusalem risks exacerbating political tensions that could put lives at risk.

At the heart of the dispute is the status of Jerusalem -- one of the thorniest issues in the Israeli-Palestinian conflict.

Israel captured that part of the city in a 1967 war and later annexed it in moves considered illegal under international law. It views the entire city as its undivided capital, banning any Palestinian government activity there.

The Palestinian Authority considers east Jerusalem the capital of its own future state and tries to maintain a presence on the ground.

The city's status was meant to be resolved as part of a final peace agreement between the two sides, but the diplomatic process between Israel and the Palestinians has long been dormant.

A total of 81 people have tested positive for coronavirus in east Jerusalem, according to the Palestinian health ministry.

Israel recently doubled the number of its screening centres in Palestinian neighborhoods in east Jerusalem from three to six following a petition to the supreme court by a rights group.

The detention of the senior Palestinian officials this month was nothing new -- Ghaith has been arrested seven times in two years, Hadami four times.

But this time, the men said, they were not asked about political activities but their work spreading awareness about the coronavirus among Palestinians in Jerusalem.

The two men are from Jerusalem, but due to Israeli restrictions they work in Al-Ram, on the other side of an Israeli wall separating the city and the occupied West Bank.

"If I walk in the street the Israelis consider it political because of my position," Hadami said.

Israel will carry out such arrests "until it is cemented in peoples' minds that the city is subject to its authority" alone, Ghaith argued.

Since 2001, the height of the second bloody Palestinian intifada, Israel has closed more than 80 Palestinian institutions in Jerusalem, he said.

And since the US broke with decades of diplomacy and international consensus by recognising Jerusalem as Israel's capital in December 2017, the Jewish state has "escalated the pace of its activity", he added.

Israel prevents "any visibility of Palestinians in Jerusalem or activity of any kind."

For Amal Jamal, a political scientist at Tel Aviv University, "on the one hand, Israel neglects the Palestinian part of the city and does not invest in it.

"On the other, it wants loyalty from the Palestinian population."

A spokesman for Prime Minister Benjamin Netanyahu noted Israel was supplying equipment and training to the Palestinian Authority to help deal with the crisis.

The latest tensions have not so far erupted into violence in east Jerusalem.

But the police have enforced coronavirus restrictions against recalcitrant ultra-Orthodox citizens in west Jerusalem's Mea Shearim neighborhood, one of the epicenters of the outbreak.

Three officers were wounded in clashes on Thursday when enforcing orders to keep synagogues closed.