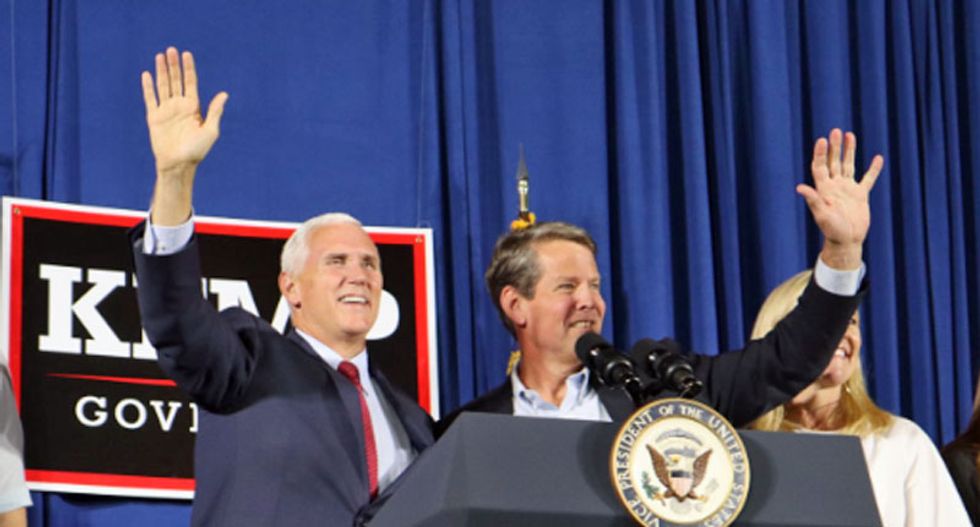 The "lack of robust testing in Georgia" means the state's COVID-19 death toll may be significantly higher than the official count released by Republican Gov. Brian Kemp's administration, according to a new report by The Atlanta Journal-Constitution.

"On March 23, the deaths totaled 26. On April 1, 125. On April 10, 425. And on Friday, the agency said the coronavirus has now killed 668 Georgians. But those figures, as grim as they sound, may significantly understate the number of lives lost in Georgia to COVID-19, the disease caused by the coronavirus," the newspaper reported.

"Officials acknowledged Friday that, until this week, they had counted only deaths in which COVID-19 diagnoses were confirmed by laboratory tests. By omitting symptomatic people who died before they could be tested, the state has fought the virus without a true picture of its impact," The Atlanta Journal-Constitution explained.

The official count stands at 668 fatalities, with over 17,000 having tested positive.

"Seven facilities reported 10 or more deaths, including PruittHealth-Palmyra in Albany, where 16 residents have died. At Palmyra, 106 residents have tested positive, more than at any other facility in the state," the newspaper reported. "In all, more than 1,600 residents of nursing homes, assisted living communities and personal care homes have tested positive for the virus. More than 800 staff members also have confirmed diagnoses."

The lack of testing has limited the information available for Kemp's administration to respond to the pandemic.

"A complete count of deaths is a critical data point as Gov. Brian Kemp prepares to restart the state’s economy, which has been devastated by stay-at-home orders intended to contain the virus," The Atlanta Journal-Constitution explained. "The missed deaths reflect the lack of robust testing in Georgia, which has lagged behind almost every other state in tests per capita. In the absence of tests, little coordinated effort went into determining the cause of death of people whose coronavirus diagnoses had not been confirmed."