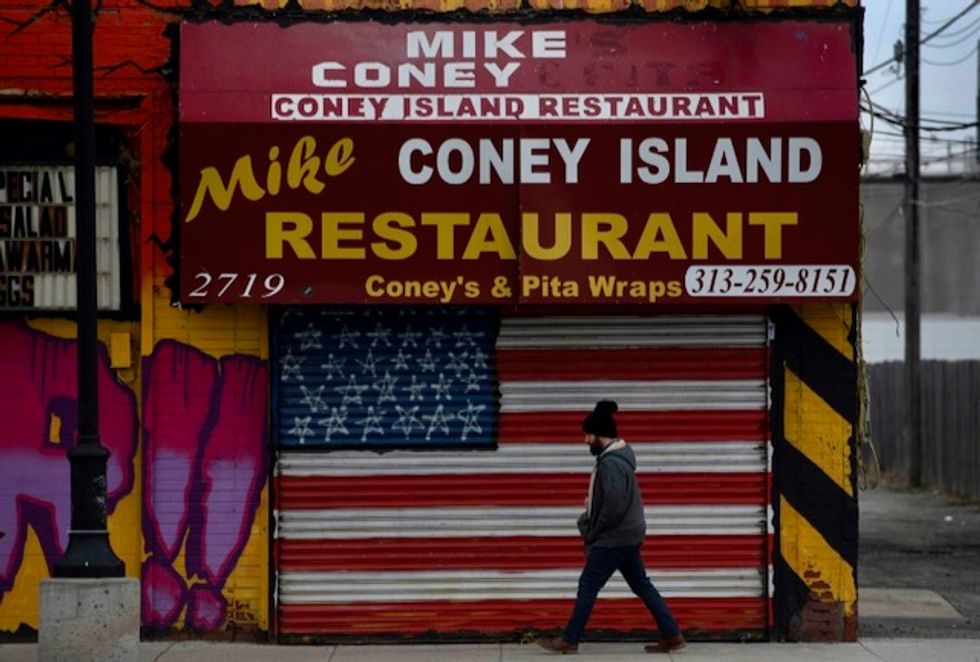 The coronavirus pandemic threatened game over for Endgame restaurant near Seattle.

It shared its plight online at crowd support platform GoFundMe, where donations eclipsed the restaurant's $5,500 goal to stay in business.

All donations will go to expenses until we are able to resume normal operations," Michael Lamere and Austin Sines said in an online plea for help.

Musicians, podcasters, writers, strippers and others denied income by the coronavirus pandemic are turning to the power of online community spirit to make ends meet.

The health crisis and its massive economic impact have stirred increased interest in crowdfunding sites like GoFundMe and membership platforms such as Patreon.

"The generosity we are seeing is rather incredible and unprecedented," said GoFundMe chief executive Tim Cadogan.

The crowdfunding platform, which allows anyone to launch a campaign, has seen more than two million individual donations to coronavirus-related efforts, amounting to about $120 million, according to Cadogan.

A Coronavirus Rent Relief Fund launched about two weeks ago is raising money to help those left jobless avoid eviction.

"Coronavirus (COVID19) has created one of the most difficult moments in world history, a moment we will surely look back on," wrote the New York fund organizer, who raised some $220,000.

A journalists' furlough fund raised some $46,000 and a Miami campaign has collected $11,000 for struggling restaurant workers.

The platform has some more modest campaigns including a $1,000 effort for dancers -- the Burlesque Community COVID-19 Response Fund in Los Angeles.

"I felt it imperative to help my community of dancers who are already underpaid and have effectively lost any way to make income," said organizer Veronica Voss, who boasts being Miss Hollywood Burlesque 2019.

Many campaigns however fall short, with demands rising and an estimated 17 million newly unemployed in the United States.

GETTY IMAGES/AFP/File / Misha Friedman Luba Drozd makes protective shields for health workers in her apartment on her 3D printers, having raised money for supplies in a GoFundMe campaign

Large operations are also turning to GoFundMe, which relies on "tips" from donors to sustain its business and collects fees that go for credit card processing.

Frontline Responders Fund started by logistics giant Flexport and other companies is among top fundraisers at GoFundMe, having collected more than $6 million to get masks, gowns, gloves and other critical supplies to health care workers fighting the pandemic.

An Americas Food Fund at GoFundMe launched by Leonardo DiCaprio, Laurene Powell Jobs and Apple, along with the Ford Foundation, has raised more than $13 million.

- Going behind the scenes -

AFP/File / VALERIE MACON The pandemic has forced the closing of thousands of businesses including Universal Studios Hollywood, adding to the jobless rolls

The appeal to patrons goes beyond performers showing off their crafts to paying for inside glimpses their lives, particularly at this stressful time, said Patreon chief financial officer Carlos Cabrera, himself a musician.

"Orchestras are getting hit so hard; for them it is a double-whammy," he said.

"They depend on in-person events, and the majority of their demographic are older folks who are at high risk."

Cabrera said that he feared financial hardships caused by the pandemic would cause Patreon pledges to plummet but the opposite has happened.

More than 150,000 artists use Patreon to generate income by offering exclusive content to four million patrons in over 180 countries, according to the San Francisco-based platform established seven years ago.

AFP/File / CHARLY TRIBALLEAU Musicians unable to perform during the pandemic have been hit hard, and many have turned to online platforms for support

The biggest category at Patreon is YouTube video creators, with podcasts in fast-growing second place ahead of illustrators such as artists who draw web comics and authors who release novels by the chapter.

Cabrera is seeing top music talent from around the world who, unable to tour, are recording at home and building Patreon pages to make money.

"I've seen artists go out for a walk in nature and hang out virtually with their fans," Cabrera said.