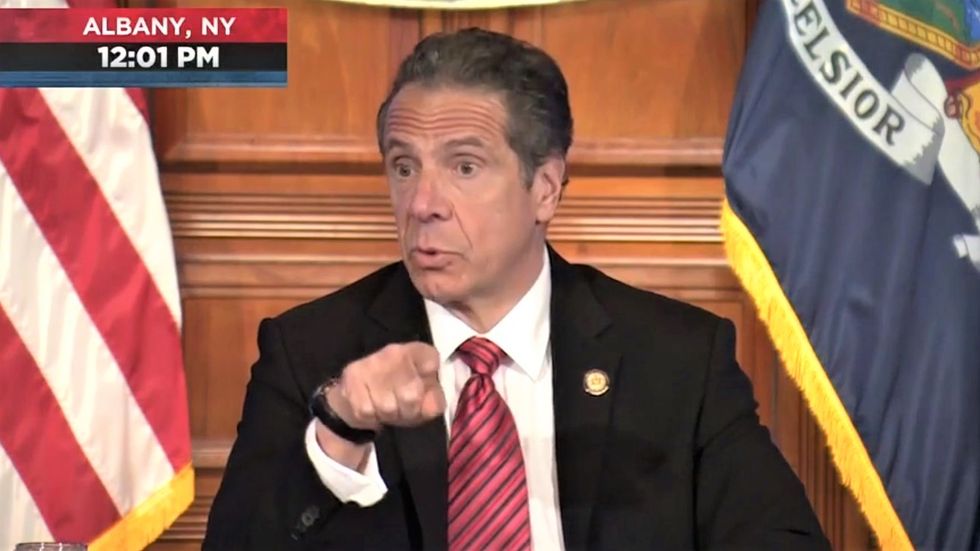 New York Gov. Andrew Cuomo on Monday said he was not keen on President Donald Trump's suggestion that states run by Democratic governors should be allowed to go bankrupt even as they get slammed by the COVID-19 pandemic.

During his daily pandemic news conference, Cuomo was asked about Trump's tweet that declared blue states were being "poorly run," and thus shouldn't be "bailed out" by the federal government.

"This is not the time to be talking about dollars and cents among members of a community that are trying to be mutually supportive and help each other, because helping each other is the way we actually all advance, right?" he said. "So, this is not the time to be saying, well, you put in a dollar more than I did, or I put in $5 more than you did, right? It's anachronistic to the concept of community and sharing and mutuality and sharing benefits, right?"

Cuomo then pointed out that states like New York actually do send more money to Washington D.C. than they typically receive back in federal aid.

"New York state has been bailing them out every year for decades," Cuomo said. "If you want to do an analysis of who is a giver and who is a taker, we are the number-one giver, the number-one giver. nobody puts more money into the pot than the state of New York. We're the number-one donor state. And if you want to look at who happened to be the donor states, who are the giver states, they'd have the same states that they're talking about now. Who are the taker states? Kentucky, southeast part of the country."