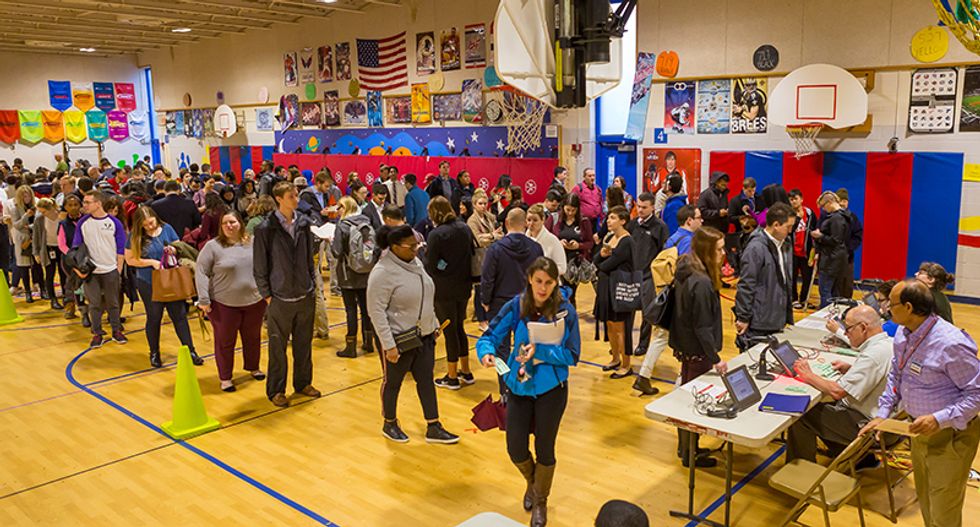 The suit is seeking to require Pennsylvania to pre-pay postage for mail-in ballots, allow third parties to return the ballots, count all ballots that are postmarked on or before Election Day even if received later, and to give voters the right to be informed of and correct problems with ballot signatures that might lead to their vote not being counted.

These changes, if enacted, would make it substantially easier to vote by mail in Pennsylvania, a state where fewer than 4 percent of voters did so in 2016.

The suit, which could ultimately go before the liberal Pennsylvania Supreme Court, comes as more voters than ever are using mail-in ballots, to avoid standing in lines that might expose them to COVID-19.

Pennsylvania, which voted for President Donald Trump in 2016, was one of the closest states. It will be heavily targeted by both parties in this year's election.

The president has attacked mail-in voting as a scam to give Democrats fraudulent votes, even though most studies show the policy increases turnout for both parties, and even though Trump himself recently voted by mail in Florida.