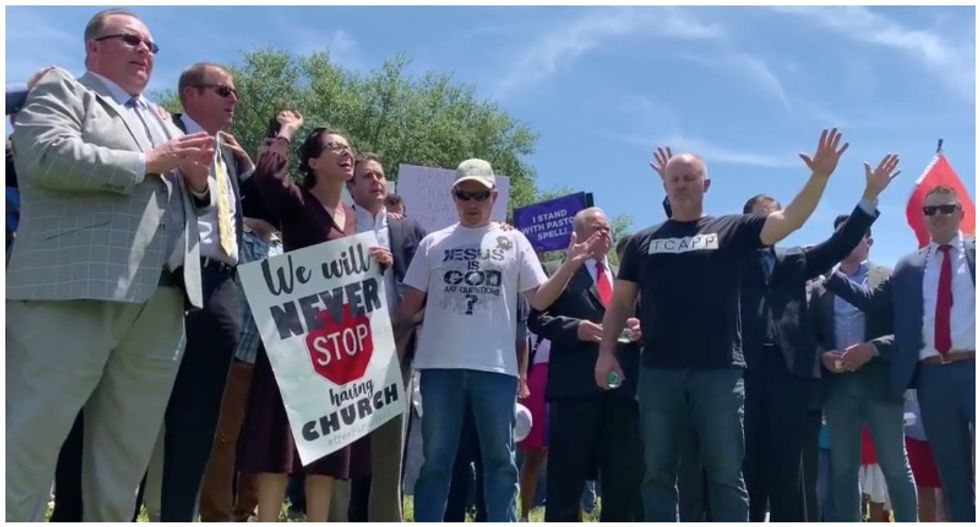 This Monday, a throng of Life Tabernacle Church members gathered across the street from the Louisiana Governor’s Mansion to protest the arrest of the church's pastor, Tony Spell, WKRG reports.

Spell was sentenced to house arrest after failing to agree to bond conditions after he was arrested for ignoring his state's stay-at-home orders. He was also previously arrested on charges of alleged aggravated assault with a deadly weapon.

“I am proud of my son Pastor Tony Spell, the most popular Pastor in America right now. You know why? He dared to stand,” he said.

WKRG spoke to a bystander who "couldn't believe what he saw."

"It doesn't seem at all Christian-like," he said, "to put people's lives at risk."

Watch a report on the story below from WKRG: