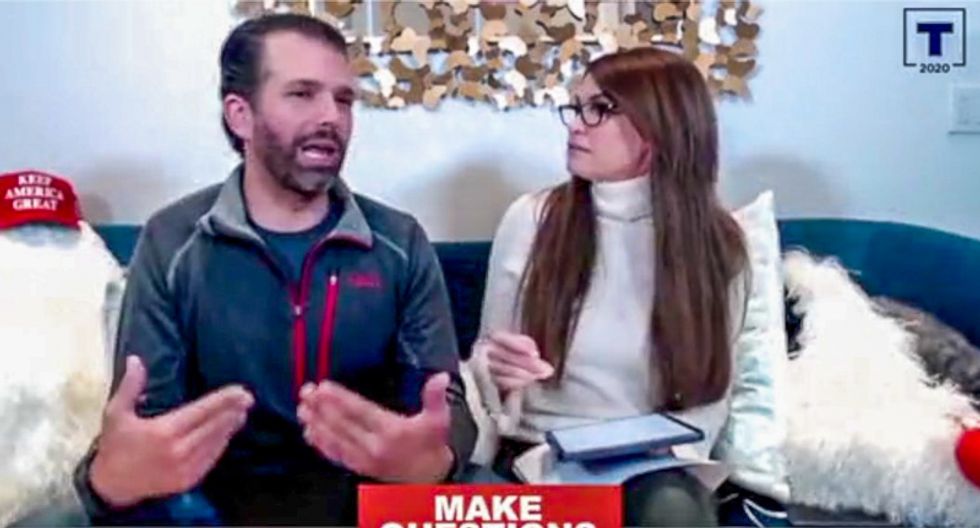 Donald Trump Jr. revealed on Tuesday that he had a conversation with this father -- the president of the United States -- about pardoning Joe Exotic, a tiger owner who was convicted of trying to kill an animal rights activist.

Trump Jr. noted that the idea of pardoning the star of Netflix's Tiger King began as a joke on a radio show before the president was asked about it in a briefing.

"He actually called me late that night," Trump Jr. explained during a question-and-answer session on Facebook. "He was still in the Oval Office and was like, 'So what's with this?'"

"So, we had a couple of seconds before him sort of checking in and getting back to work, you know, he was fascinated," he recalled. "I think Melania may have shown him one of the memes that I had posted. It was like Donald Trump's face with a Tiger King mullet, which was pretty epic."