'Don’t listen to Donald Trump': Ex-Republican congressman says 'we should just say it out loud now' 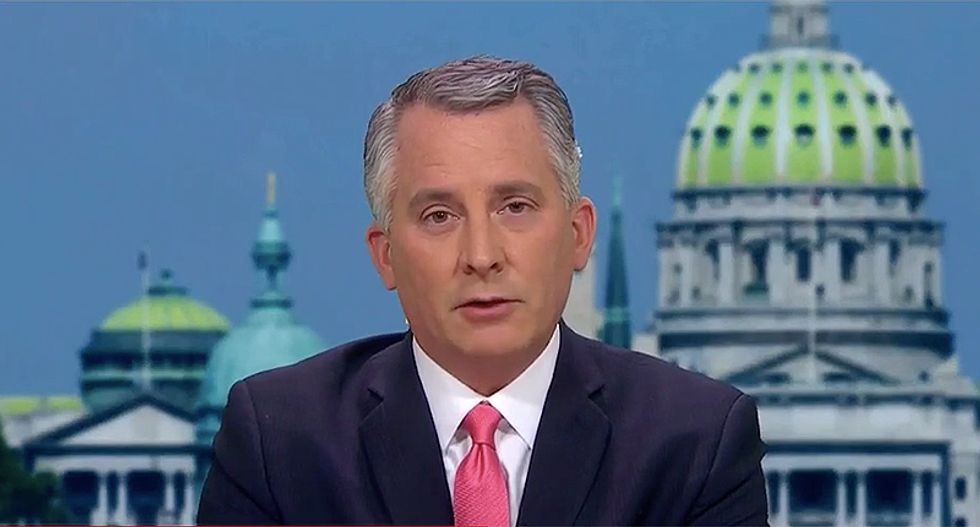 Former Republican Congressman David Jolly said Monday during an MSNBC panel discussion that we should just start saying it out loud that Americans shouldn't listen to anything Donald Trump says.

Host Steve Kornacki noted that there have been comparisons to wars, but at the end of wars, countries declare victory and everyone can breathe a sigh of relief. That doesn't appear to be possible in the case of the coronavirus.

"No, and this is, Steve, why we cannot listen to politicians in this moment," Jolly explained. "We have to follow the advice of public health officials. And it's not that governors and mayors also have the authority, governors and mayors exclusively have the authority. This is very, very important in today's political environment. Donald Trump has absolutely no authority under federal statute, under rule-making, or under the constitution to override decisions of governors and mayors regarding 'safer-at-home' orders or requirements. He lacks that authority. The people who do have that authority are local and state officials."

When it comes to who to follow for advice, Jolly said simply, the president can't be trusted.

"I guess we're in a moment where we have to say the quiet part out loud, which is: 'do not listen to Donald Trump,'" Jolly said. "He is a man who is profoundly ignorant of both the law, his powers in office, as well as public health. The people we need to be listening to are the public health officials who have already told us what we need to know. Protect your own family, stay at home, and until public health officials give us a green light, I don't think we should listen to any one of the politicians who, frankly, failed us in leading up to this moment."

He went on to say that critical institutions failed the people of the United States with their inaction over COVID-19.

"We simply have not had serious actors in public office today or in the years proceeding today that have properly prepared the nation for this moment," Jolly continued. "I don't think we should turn to those same officials and ask them, when do we want to open the nation, when in fact, they have each contributed to what brought us here. "