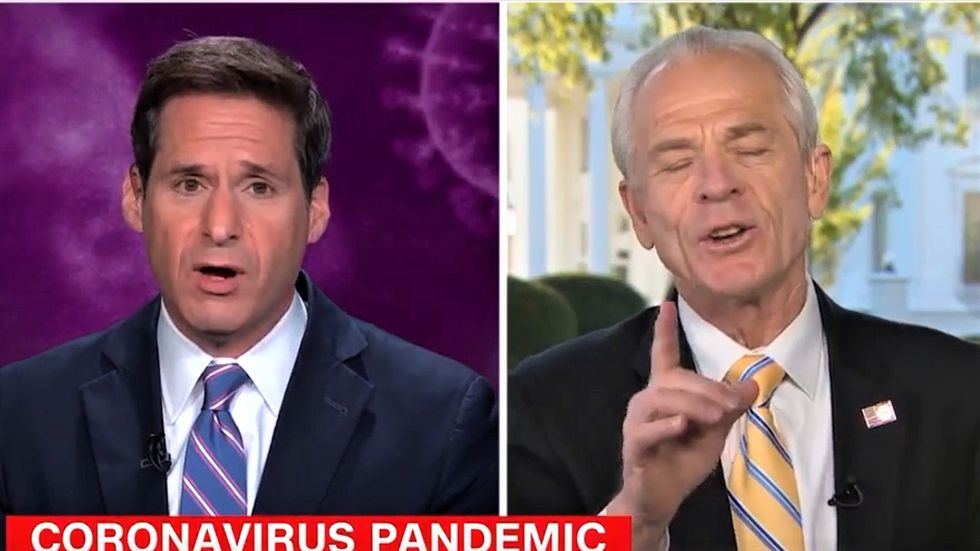 CNN's John Berman on Monday got into a heated exchange with Trump trade adviser Peter Navarro after he questioned whether Berman actually wanted to see people recover from being infected with COVID-19.

Toward the end of a lengthy interview about the potential merits of treating COVID-19 with anti-malarial drug hydroxychloroquine, Berman told Navarro that "we all want the same thing, which is people to get better."

"I'm not sure we do sometimes," Navarro replied.

"What are you talking about?" Berman asked.

At this point, Navarro fumbled around trying to explain himself, but Berman called him out on it.

"Don't you dare for a second suggest that I don't want people to get better," he said. "I got two friends in bed right now."

"That's not what I said, don't put those words in my mouth!" Navarro replied defensively. "When you say that when we come on here and we say we all want the same thing, there's this political overtone, this battle between, you know, you're trying to create this false dichotomy."

"There's no false dichotomy!" he shot back. "We want people to get better!"