Dr. Fauci explains why Trump's travel bans didn't work -- and he was begging action as early as mid-January 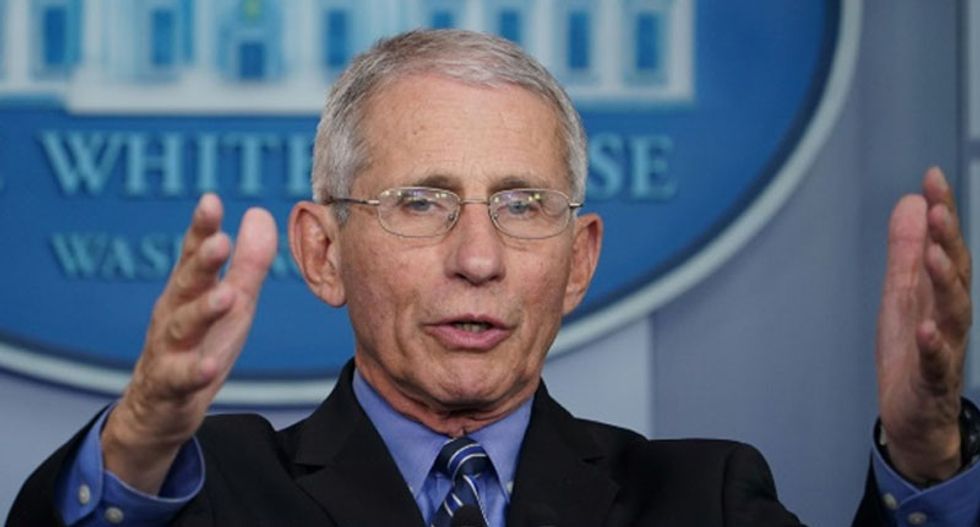 MSNBC host Rev. Al Sharpton asked Dr. Anthony Fauci when it occurred to him that the coronavirus had become a serious problem.

Fauci explained that there was always some indication that there was "danger." But he claimed that the information coming out of China was wrong until the end of December. Trump has claimed China, saying that they lied to the United States and blamed the World Health Organization for perpetuating it. Whether that is true or not, Fauci made it clear that the United States knew this was a problem at the end of December and by the end of January, it was known that the virus was spreading from person to person.

"They said it was something like 24 cases in this wet market, where these exotic animals are sold and there is a human/animal interface," said Fauci. "The proposal made by the authorities in China where this was just jumping from an animal to a human, and it wasn't spread from human-to-human. Then it became clear, when you look back, that it was likely in China that there was human-to-human spread. By the time we got that information and we started getting cases here, it was, 'well, it's not efficiently spread from human-to-human.' As soon as it became clear that there was community spread, which means that it isn't just a travel-related case, that there are cases that are in the community under the radar screen, then it became clear that we were in real trouble."

Sharpton asked when that was and Fauci said that it was toward the middle to end of January.

"And did you begin advising the administration and those authorities that we were, in fact, seeing something different here and this could be a major problem at that time?" asked Sharpton.

"You bet," Fauci said emphatically. "And then that's when it became clear that there are a couple of ways of addressing that. You could either prevent or try to block the influx of new cases from out of the country, and already cases had come in from China, to try to say, 'That's it, we got to stop that because now we already have cases here.' And then it switched to Europe, and when Italy had their outbreak, it became clear that that became a danger. So, that's when cases were cut off from coming in from Europe and then, ultimately, the U.K. but by that time we had enough cases in our own country that the ability to do the containment slipped then into the need for mitigation and we saw what happened in New York."

Trump attacked the media Sunday, saying they criticized him for shutting down China. But Fauci explained it was too little too late by the time Trump declared the ban. By the time he banned Europe it was even later.

If the Fake News Opposition Party is pushing, with all their might, the fact that President Trump “ignored early wa… https://t.co/yUuIQ9i5Ef
— Donald J. Trump (@Donald J. Trump)1586724192.0

Sharpton explained it was clear the US was behind the ball. Fauci agreed, explaining that it was clearly too little too late.