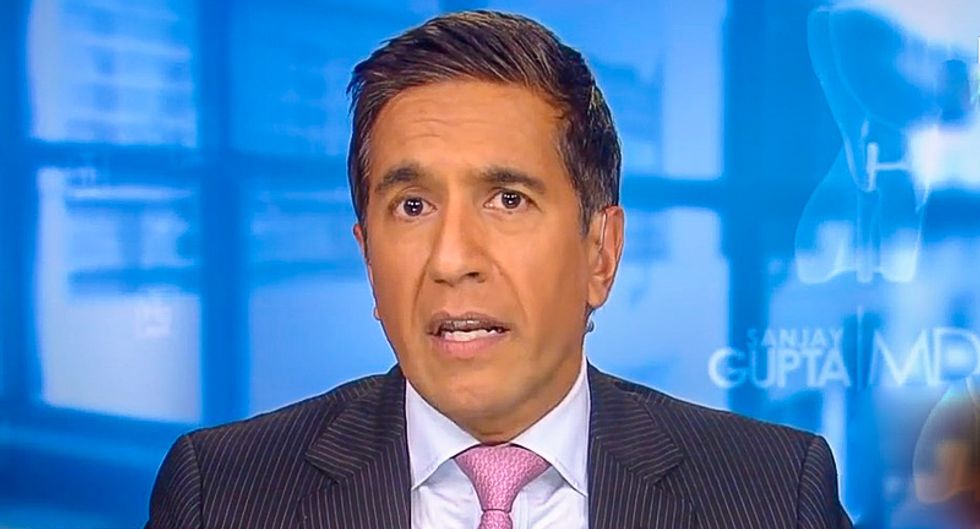 On CNN Friday, Dr. Sanjay Gupta warned that the White House's safeguards to protect President Donald Trump from COVID-19 infection are not "sustainable."

"So now, to this point that you mentioned about the president being negative, and he did mention again that he had another test and he got the results in what, 13 minutes or something like that. And the White House now says tonight that they're going to be giving those same rapid tests to anybody who is going to be coming in close contact with the president or Vice President Pence, that their reasoning is that they want to evaluate for presymptomatic or asymptomatic carriers to limit inadvertent transmission," said anchor Erin Burnett. "I mean, it seems like this makes sense, but what's your take on that?"

"You know, it's really interesting," said Gupta. "You may remember some time ago, Erin, the president before he made that trip to the CDC, it was scheduled and they took it off his schedule, and the reason they took it off his schedule at that time was because somebody at the CDC had tested positive, and I remember thinking at that point, I think we even discussed that night, that is this going to become a thing? Is this going to become a thing where everyone around him is going to be need to be tested and proven to be negative before interacting with the president? And it seemed a little far-fetched at that time. They'd take a while to get back."

"You know, I don't know that this is a sustainable sort of strategy," said Gupta. "You do have surfaces that people touch. I noticed him with his hands on the lectern several times during the comments he just made. Other people came up put their hands on the lectern. There's all these different ways that people could potentially spread the virus and, you know, it's a difficult thing to say, by testing every single person, I'm going to guarantee that I will never get the infection. I'm not sure. They can say that and how sustainable it will be in a week or two or three weeks from now."