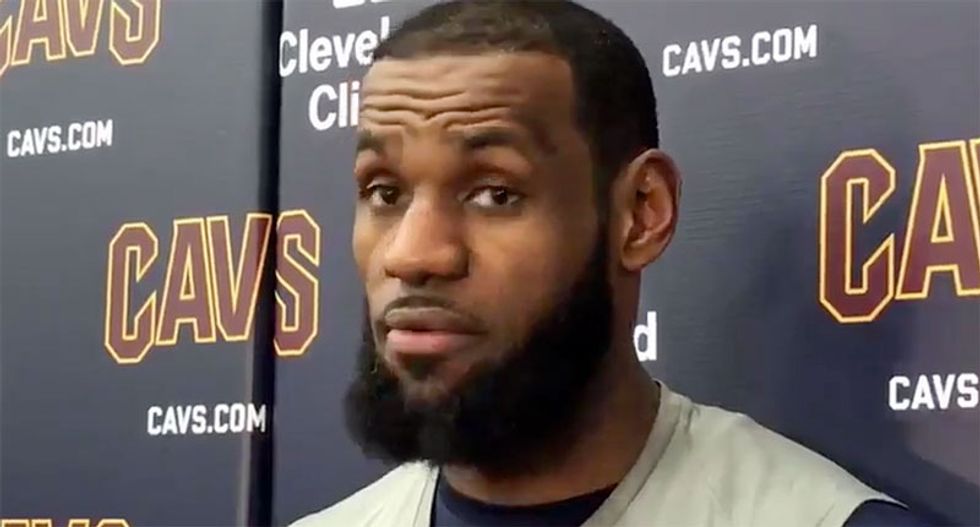 The NBA and the union representing players are working together on a possible solution to re-open professional basketball in America, ESPN reported Monday.

"In recent weeks, officials within the NBA and NBPA have been collaborating in assessing the viability of multiple blood-testing devices for the novel coronavirus that could provide accurate results within a matter of minutes, a process that would hopefully enable the league to track the virus in what's considered a critical first step toward resuming play in the near future," ESPN senior writer Baxter Holmes reported.

"Multiple league sources close to the situation said the league and players union have been looking at what those familiar with the matter describe as 'diabetes-like' blood testing in which someone could, with the prick of a finger, be tested quickly and results could be gained inside of 15 minutes," ESPN explained.

One NBA general manager explained the situation to ESPN, on the condition of being granted anonymity.

"Rapid testing results are key to return to work, return to sports, everything," the general manager said. "Whatever job you have and environment you work in, if you're interacting with people, we're all going to have to feel safe doing that. Sports isn't any different."

NBA spokesman Mike Bass told ESPN, "Any decision on a date to restart the season is likely weeks away and will be made in consultation with public health experts and in line with governmental directives and guidance."

Sources tell ESPN that the NBA & NBPA have been collaborating in assessing rapid-response testing devices that in t… https://t.co/G03FdGIr7k
— Baxter Holmes (@Baxter Holmes) 1586218254.0