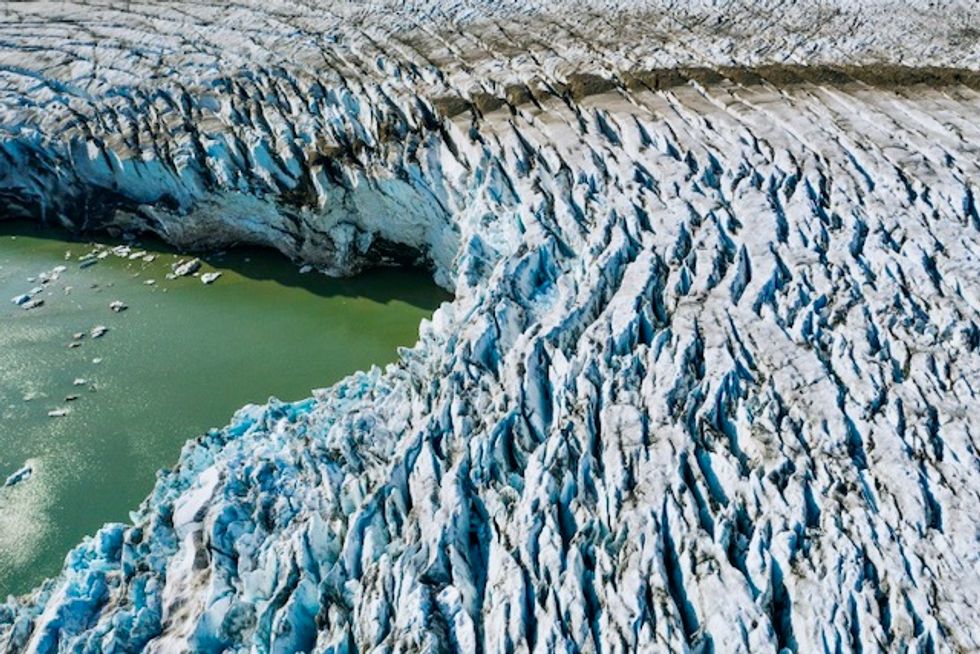 The melting of the Eurasian ice sheet around 14,000 years ago lifted global sea levels by about eight metres, according to new research published Monday that highlights the risks of today's rapid ice cap melt.

Earth's last Glacial Maximum period began around 33,000 years ago, when vast ice sheets covered much of the Northern Hemisphere.

At the time, the Eurasian ice sheet -- which covered much of Scandinavia -- contained approximately three times the amount of frozen water held in the modern-day Greenland ice sheet.

But rapid regional warming saw the ice sheet collapse over a period of just 500 years, according to authors of the study published in Nature Geoscience.

Analysing sediment drill cores from the Norwegian Sea, the team found that the ice sheet's collapse contributed to an event known as Meltwater 1A -- a period that saw as much as 25 metres added to global sea levels between 13,500-14,700 years ago.

"Studies of ice cores drilled from the Greenland ice sheet have suggested that the atmosphere above Greenland warmed by up to 14C in a few decades at this time," he told AFP.

"We think that this warming was the main driver of the ice sheet collapse."

While Earth is heating everywhere, parts of the world such as the poles are warming far faster than others.

Atmospheric concentrations of planet-warming CO2 were around 240 parts per million at the time, compared with over 415 ppm currently.

Parts of Greenland and Antarctica are now melting six times faster than they were in 1990.

The study showed that the entire Eurasian ice sheet melted in a matter of a few centuries, adding more than four centimeters to sea levels annually -- around 4.5-7.9 meters in total.

Ice sheets melting or breaking away as global temperatures rise are subject to what climate scientists term temperature "tipping points".

Many researchers fear that the ice sheets in Greenland and West Antarctica will continue to melt even if warming is slowed as carbon emissions are cut.

"Our research support this idea as the marine based sectors of the Eurasian ice sheet abruptly disappeared and did not grow back," said Brendryen.

"Where the exact tipping-points are located, both for the past ice sheets and the current ice sheets in Greenland and Antarctica, remain however unknown."