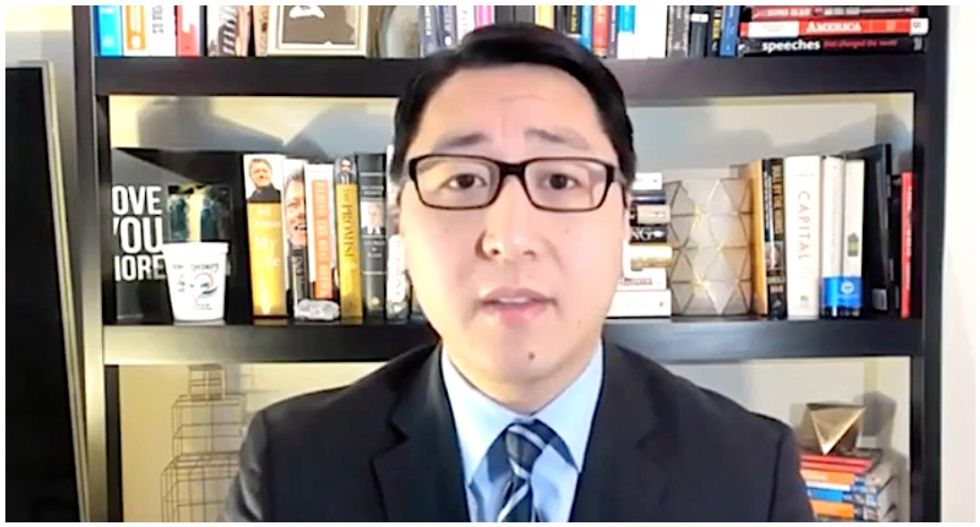 During a segment on MSNBC this Tuesday, host Stephanie Ruhle brought up the subject of oversight of the rollout of small business loans during the coronavirus pandemic. According to panel guest Bharat Ramamurti the main question is "will that money help working families in America, or is it primarily going to go to help executives and shareholders?"

Ramamurti was appointed to a five-member Congressional Oversight Commission to monitor the $2 trillion coronavirus relief fund. Also on the panel was Kurt Bardella, a former Republican and former spokesperson for the House Oversight Committee. According to Bardella, "not ever complying with oversight" has been a pattern from the Trump administration.

"We saw that on the day the first coronavirus funding was signed, President Trump put out a statement saying that he had no intention of complying with some of these oversight mechanisms ... and that was a really concerning thing to hear when you have this much money being dispersed," Bardella said.  'I remember, Stephanie, Republicans when Obama was president and in charge of the stimulus, doing aggressive oversight, accusing him of being lawless, an emperor, using the money for propaganda -- I'd like to see that same vigilance from Republicans right now."